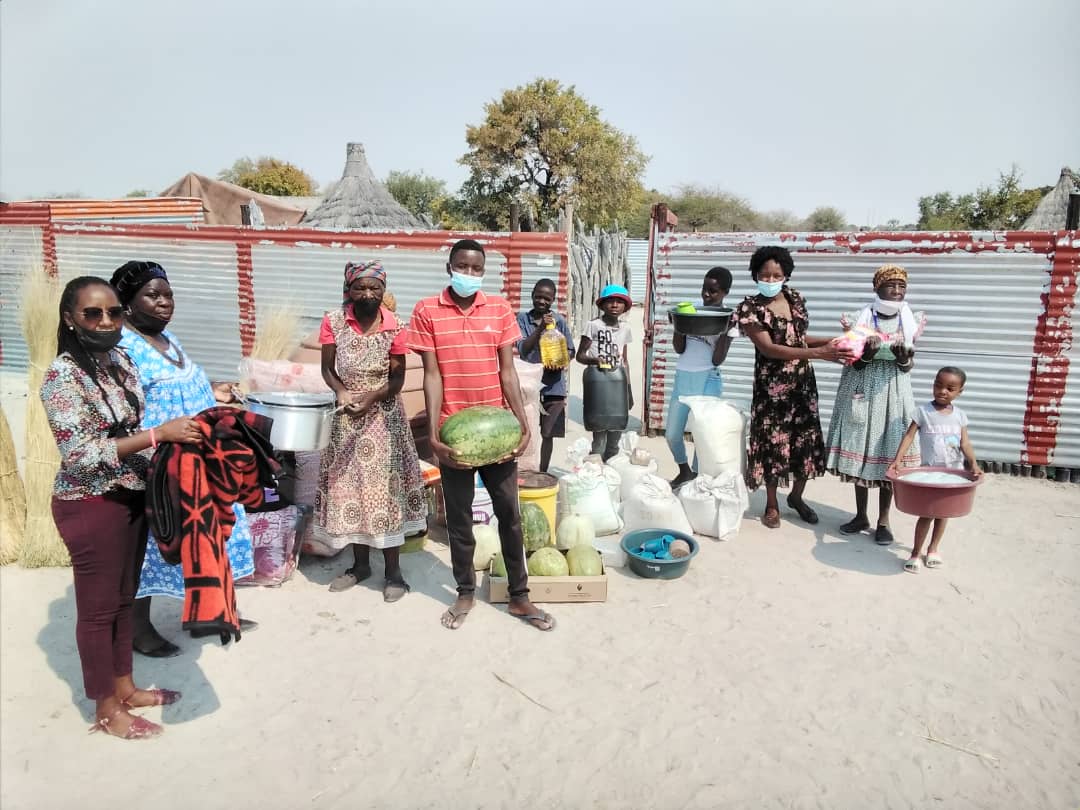 A family of more than 10 from Omusimboti village in the Oshana region has been sleeping in an open space after their homestead was completely gutted by fire.

They have lost all their basic belongings, which included their shelter, food and clothing and as a result have been struggling to make ends meet.

According to the owner of the house, Agripine Nambambi, a child who was playing with fire matches caused the fire.

“We thank the Almighty God that no injuries or deaths occurred when the house was burning. Property can always be replaced along the way, but lives are irreplaceable,” she said.

Nambambi said that the little they have received will surely go a long way to assist them.

She expressed sincere gratitude for the kind gesture shown to her by the Ondelekelama community group.

A member of the Ondelekelama group, Martha Iikela said they have decided to provide the victims with a new shelter, maize, mahangu and beans, different kind of clothes, as well as blankets and mattresses, to sustain them in the long run.

“After we received the sad news, we could not wait any longer, we started contributing money and buy what is mostly needed, especially food,” she said.

Ondelekelama group also pleaded for assistance from the community to feed the victims with the little they have.