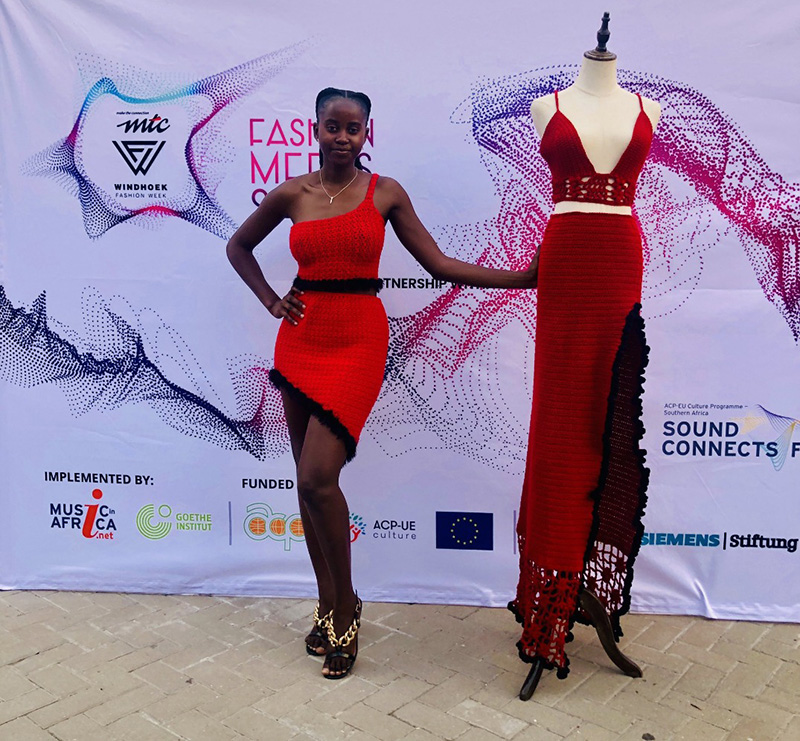 Dubbed the ‘Fashion Meets Sound’ project, the MWFW team embarked on a countrywide tour that started in Ongwediva on Monday to host networking events and masterclasses – and also as a way of scouting for talent in the country.

Speaking at the networking mixer held at a local eatery, social media manager and managing assistant of the MWFW Iyaloo Hamukwaya said the first-of-its-kind initiative is aimed at developing and promoting a stronger relationship between the music and fashion industry.

“We will also identify some schools across the country, where we will scout for young, talented designers, and the best designs will be turned into a reality by a designer they will be allocated to work with. Musical artists and sound engineers will then produce a beat to accompany the garment (at this year’s fashion week),” said Hamukwaya.

She also alluded that during the masterclasses, creatives will be given knowledge by professional and experienced artists as well as sound engineers on how to maximise their talent. The first leg of the country tour saw organisers visit Ongwediva, which included participants from Oshakati, Ondangwa and Otjiwarongo.

Speaking at a mixer in Ongwediva, local designer Wilhelmina Imene said the initiative is a great platform to connect with other creatives in the industry and also enable them to get the necessary exposure in the mainstream industry.

“This is even greater for designers in the northern part of the country, as they are mostly overshadowed by those in big towns, such as the capital city. This is a great opportunity for us to grow our businesses,” she said.

The project is set to end next August, with each region being given the opportunity to show their designs to Namibia’s biggest annual fashion event, the MWFW, scheduled for 1 to 5 November.

The ‘Fashion Meets Sound’ project is funded by the Sound Connects Fund, an initiative by the Music in Africa Foundation and Goethe-Institut.

It was also made possible by the financial contribution of the European Union and the support of the Organisation of African Caribbean and Pacific states.