Home / Fishman back with a record label

Fishman back with a record label 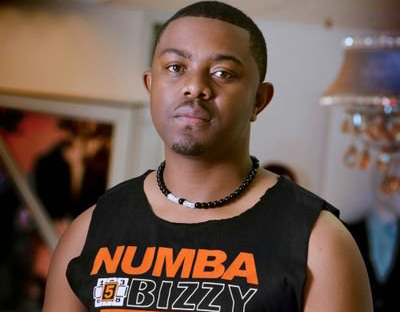 Every year, the music industry gets a brand-new crop of talented and exciting artists who captivate the attention of fans, which makes it increasingly easy to forget about the big-named stars in past years, especially those who went on music breaks or completely divorced the music industry.

In this week’s Where are they now? the focus is on Namibian musician Solomon Ulenga aka Fishman, catching up with where he has been and what he has been up to.

“I was not out; I will never be out either. However, I have not been visible for some time due to Corona,” he jokingly expressed, further pointing out that he has been busy taking care of his family, and strategising.
“I have been restructuring the music business and many other things,” he said.
Fishman revealed he has been busy managing musicians under his record label Numba Entertainment.
“I have many artists under my new music label who are currently working on their projects. I am busy working with them on these projects to make sure they come out very good,” he shared.

Artists under Numba Entertainment are Dama Monique, Robahh TJ, Griz-D and Kajuh.
Although he has left many wondering whether or not he is still doing music, Fishman confirmed he will be back in the studio next year after his artists are done with their solo projects.

Starting his illustrious career in 2009, Fishman burst onto the scene when he featured former female duo Gal Level, making him one of Namibia's  finest.
Comparing the current industry to back in the days, he believes there were so many opportunities in the industry.
He added: “The was less piracy and CD sales were better, compared to now.”

Dos and Donts in the industry
“One of the most important things in any profession is discipline. Discipline will take you far – as well as a good attitude, perseverance, hard work, and dedication,” he urged.

Industry memories
Even though the artist has not received any accolades yet, he has seven albums under his belt and has created a strong fan base over the years.

“I have learned so many things from so many entities, different cultures and people whom I have worked with through my music,” he revealed.
He reminisced on the good old days when he was nominated on Channel 0 music awards alongside Gazza and Gal Level in 2010.
“My first show in Katima Mulilo… music tours around the country – those were the good times to remember. With the bad memories, I can only remember when I was denied to perform at Katutura Art Council in 2007. I was young, starting, and all I wanted was just 3 minutes to show what I could offer,” said the ‘Ose Mbeya’ singer.

If there is one thing the artist wished he knew before he entered the industry, it would be music education.
“I wish I was schooled better on how things worked as far as music is concerned. I was still learning by then; therefore, most of the things were new to me, so I have learned a lot through the journey,” he noted.

Regrets
On regrets, Fishman said he does not regret anything he has done in his life.
“I learned to accept that anything you have done in life is a step taken to who you are today. Therefore, I am who I am today because of what I have done/happened to me in the past,” he stated.

The father of three encouraged aspiring music stars to venture into other businesses.
“Study to not only rely on one career. Music in Namibia is not the same as in other parts of the world, where you can make millions of dollars from one show. Our population is very small – and with the issues such as the new normal, gigs may not be the way forward anymore, meaning there will be few or no shows at all in the future,” he further advised.
- ashikololo@nepc.com.na