Legg-Ghetto ventures into business and films 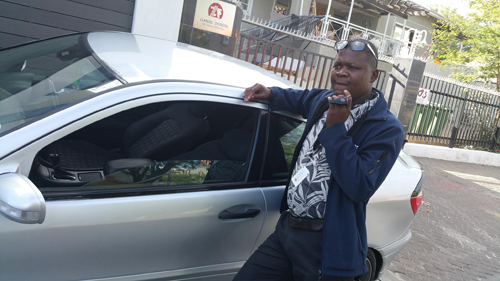 Unlike the waves of musicians who have briefly “retired”, only to return within weeks (or days), Legg-Ghetto took his long hiatus seriously – much to our dismay.

“There was a day I just stood up and said enough is enough. I am done with this crap; I found better things to do,” he told Entertainment Now! when asked why he quit the music industry.

After a decade of making some of the outlandish and most uncompromising kwaito songs, the ‘Konima yombashu’ hitmaker took himself out of circulation and dedicated his life to higher learning and his eight to five job.
Trying to break into such a competitive industry takes hard work, sacrifice and resilience.
Legg-Ghetto described his music journey as a roller-coaster.

“There were many wrong things in the industry that I was not happy with, such as media tabloids and record labels competing with their artists,” explained the energetic entertainer who kicked music to the curb in 2012.
Asked if he will ever return, Legg-Ghetto strongly refused to make a u-turn to the music industry.

He said, “I am working on becoming a very recognisable somebody but not through music”.
“When one door closes, another one opens,” he stated.
Legg-Ghetto is now working as a senior sales executive and he owns a couple of businesses such as ‘Kiano kiddies’ and a construction company.
“Me being where I am right now is a surprise to many people. Many people had negative thoughts about my brand,” he laughed.

Industry memories
Reminiscing on the good old days, Legg-Ghetto said he has nothing but good memories of the music industry.
“The industry offered me unique opportunities to meet people from all walks of life; I also performed and was nominated for the NBC Sanlam music award,” he recalled.

What is in the pipeline?
The ‘Shiwana sha Namibia’ singer revealed to Entertainment Now! that he will be back on our screens soon – but this time around, it is not with music.
“I am now venturing into acting and we are currently working on a movie with Optimistic media, which will be out soon,” he said.
- ashikololo@nepc.com.na