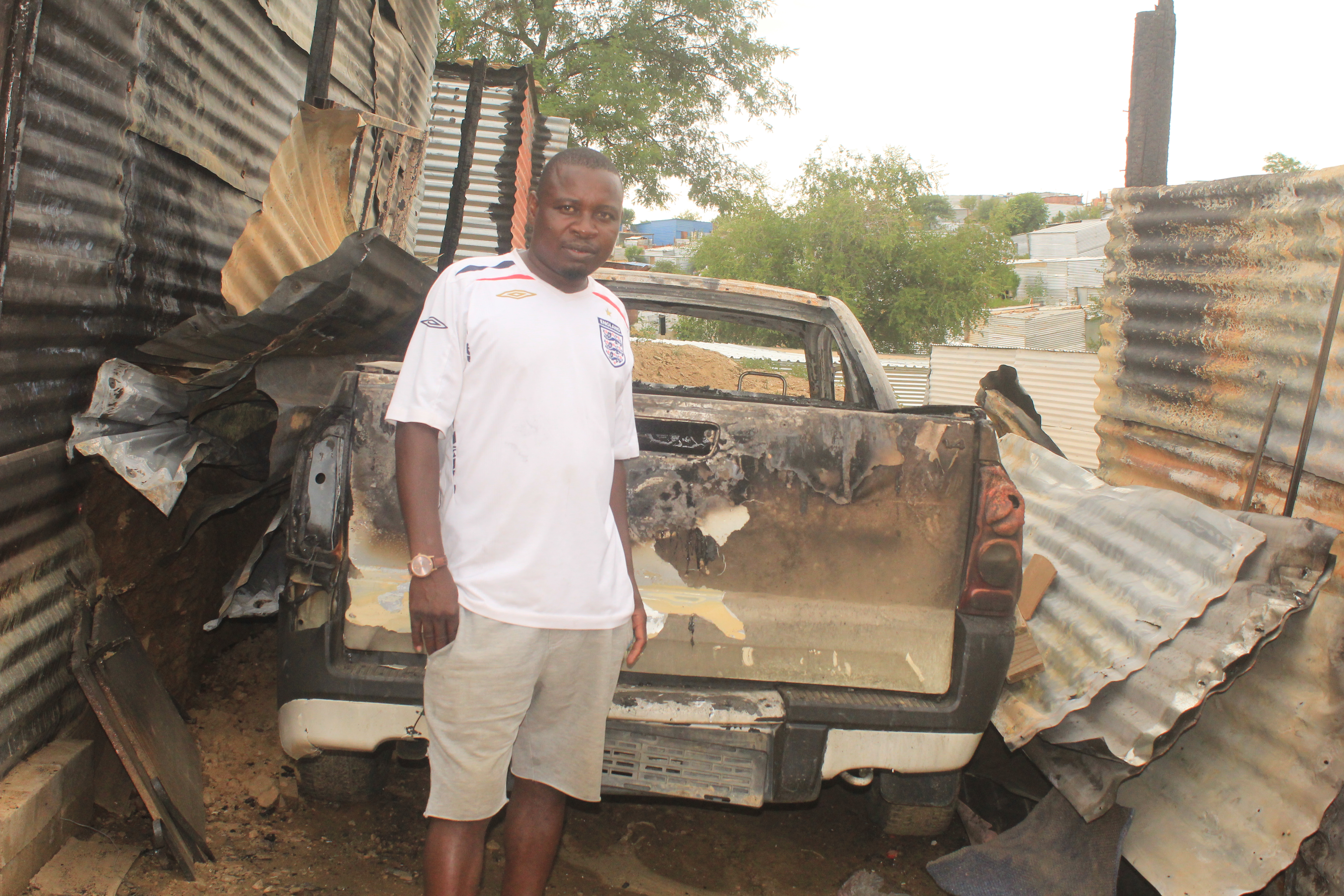 A Windhoek man was left homeless when a fire at Goreangab destroyed his shack on Tuesday.

“I am homeless and hopeless. I have lost everything I owned in that fire,” the 42-year-old fire victim Antonius Petrus told New Era yesterday.

Petrus lives alone and he was not home when the fire started. Petrus, who has been living in the same location for many years, was bemused to what could have caused the fire, adding that nobody could tell where the fire came from.

According to him, he was away for a night when he received a call from his sister, informing him that his shack was on fire.

“Upon arrival at my shack, I found everything burnt down. I cannot put into words how devastated I feel right now; I have lost my car and all my belongings,” he explained.

Petrus added that his story is just as sad as the next person on the streets trying to think of ways to survive from one day to the next.

“I have to start from scratch, and I don’t even know where to start,” said the unemployed father of four. Petrus’ sister Susan Vaino’s shack also caught fire, although the damage is minimal.

“Although I have also lost few items such as the TV, microwave and the bed, I am glad the neighbours and other community members managed to save the shack,” she said.

Petrus is pleading for help from good Samaritans. “People can help with the little they have,” he said.

In a telephonic interview with New Era, Samora Machel constituency councillor Nestor Kalola said his office will look into ways to assist the fire victim.

“We have advised him to follow the right channels by acquiring a letter from the Windhoek fire brigade and also a declaration letter from the police, and we will take it from there. Our office has also assisted with four iron sheets and poles,” he said.