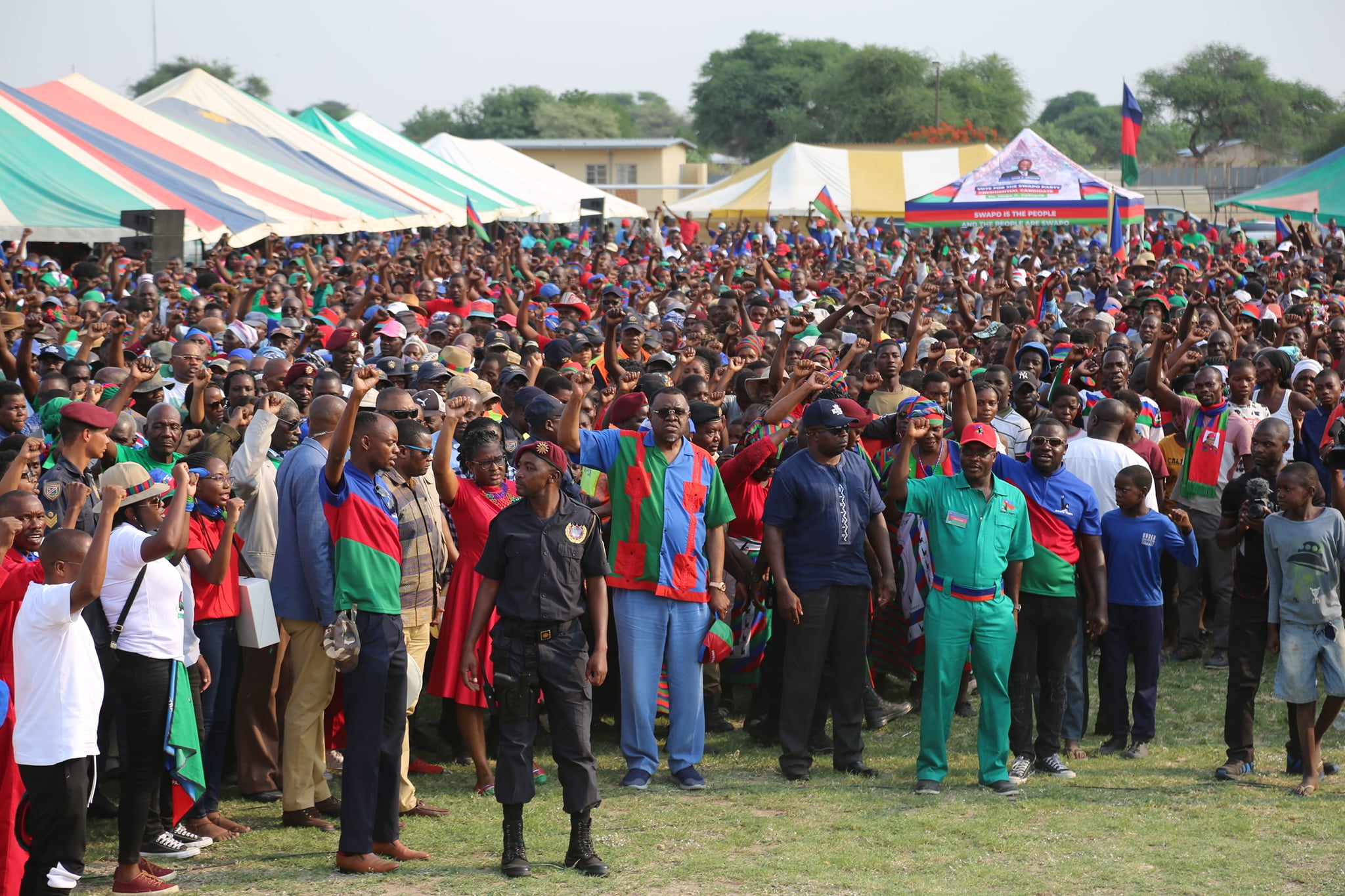 Tomorrow, over 90 members of the Swapo central committee – the highest decision-making body between congresses – will converge in Windhoek to nominate and eliminate aspirants for the top four positions up for grabs at what appears to be another jaw-dropping elective congress.

Only four names per position will make it to November’s congress.

As things stand, only President Hage Geingob, who occupies the position of party presidency is safe.

Swapo parliamentarians Lucia Witbooi and Evelyn Nawases-Tayele as well as little-known coordinator for Kavango West David Hamutenya were all nominated for the position of deputy secretary general.  The five still need tomorrow’s CC blessing in order to contest at congress.  Swapo VP Netumbo Nandi-Ndaitwah and SG Sophia Shaningwa will defend their seats by virtue of incumbency.

Unlike in 2017 when he paraded his ‘Team Harambee’ composed of Nandi-Ndaitwah, Shaningwa and the late Marco Hausiku as the best line-up to take Swapo to the promised land, Geingob has so far refused to endorse anyone. At close analysis, Geingob has not forgotten the humiliation he was subjected to in 2017.

“It is important to note that President Geingob, as the sitting Swapo Party president, went through a humiliating process in 2017, contrary to the party’s established tradition for sitting presidents not to be challenged by competitors. This was not the case under the preceding two Swapo presidents, the Founding President Dr Sam Nujoma and President Hifikepunye Pohamba,”

the Presidency said over the weekend. This is interesting. Throughout Swapo’s post-independence history, sitting party leaders have always backed their deputies to retain their positions at congress.

It is not the case with Geingob.

When Geingob faced a contest from other party stalwarts – Jerry Ekandjo and Nahas Angula – it was argued that the position of party president was vacant following Pohamba’s hasty resignation in 2015.

With the so-called ‘Helmut amendments’ now in the rear mirror, an avalanche of hopefuls are expected to try their luck to enter the top four race.

This follows general consensus among Swapo’s top brass that the infamous ‘Helmut amendments’, which blocked prospective candidates’ chances of contesting, must be cast aside.  The amendments will only apply to those who joined the ruling party after 2018 when their constitution was amended, it has been established. The prohibitive changes were named after Swapo veteran Helmut Angula.

The amendments dictate that those gunning for the top four positions must have “persistently and consistently” been members of the CC, and a party member for 20 consecutive years.

The amendments, which have now come to haunt party members, were made in good faith, Angula has maintained over the years.

They aimed to guard the former liberation struggle movement from penetration by fly-by-night characters, who see it as a stepping stone to unlimited opulence.

“When the amendments were made, nobody predicted that the most trusted and experienced cadres would be marginalised
and cast aside. If the party leadership is guilty
of culling its trusted cadres, then the leadership has itself to blame. We are just reaping our
own fruits that we sowed unintentionally,” Angula told New Era recently. However, according to Swapo parliamentarian Tobie Aupindi, the floodgates are open for all Swapo members in good standing to try their luck.

“Those amendments don’t actually prevent anyone from contesting. Any Swapo member has a right to contest for any position, if they so wish… the transitional provisions state that any right or privilege that has been enjoyed by a member prior to the amendment will continue to be a right and privilege within the confines of the constitution,” Aupindi said this week.

On the eve of the decisive CC meeting, several Swapo heavyweight have shown interest in being nominated.

Meanwhile, erstwhile education minister Katrina Hanse-Himarwa made herself available for the DSG post. The name of former youth league secretary Elijah Ngurare has also been thrown into the mix, while Namibia Public Workers Union general secretary Petrus Nevonga could make a surprise bid.  The union is affiliated to Swapo.

This paper sought pundits’ expectations  ahead of the weekend’s showdown.

“People like Tom Alweendo and Frans Kapofi will be fighting a losing battle should those restrictive conditions remain in place. Why would they avail themselves, knowing pretty well that the ‘Helmut amendments’ prevent them from contesting? Perhaps they know, or think there is a chance that the restrictions will be lifted”, he said.

Tyitende added: “Notwithstanding these possibilities and uncertainties, most political parties’ intra-elective process is confidential, which makes it difficult to make an assessment
of the intricacies and eventually the potential outcome of the nomination and election procedures. “However, my hunch is that President Geingob has a preferred candidate, and is probably mobilising and canvassing for his candidate(s) in a furtive manner.”

He likewise expects Ekandjo’s successful nomination.  “I also expect a nomination of Elijah Ngurare for the position of SG. The nomination of Ngurare will make sense in a lot of ways. His relationship to ostracised youth who are disillusioned by the party might be a motivating factor if Swapo wants to court the youth,” he theorised.

It appears to Tjirera that the transitional provisions are being interpreted for convenience and not their actual legal meaning.

“This is because those who are eligible now because of the Helmut amendments would love to shut as many other contenders as possible, whereas those who want other candidates will push for the amendments to be scrapped altogether. It will be a fierce battle and might be tense because what comes out of the CC will carry a lot of weight going into congress,” he said.