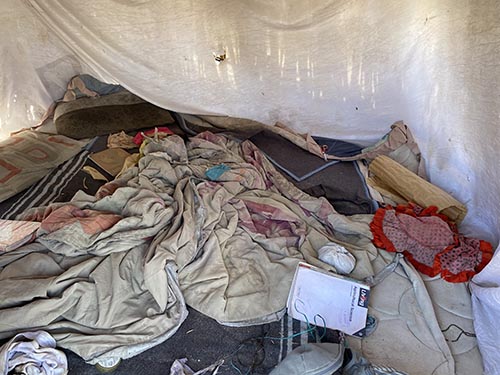 A teacher is pleading with government to intervene and improve the living conditions of some of her best pupils.

Esther Nakale, a teacher at Ondiamande Combined School, pleaded with government to take three children, labelled as A students, to hostels, as they don’t have national documents and live with their disabled grandmother.

She said the three children are the grandchildren of Rakel Paulus from Okatha Kamugulu in Eheke, who is struggling to raise her 14 grandchildren after they were abandoned by their parents.

“These children will impress you. Walking barefoot in torn school uniforms and on empty stomachs, but they always gain the first places with flying colours,” she beamed.

Nakale pleaded with the authorities to do something before the situation at home affects their studies.

When New Era spoke to the grandmother, she said her monthly disability grant is not enough to feed them all.

‘They don’t have proper clothing, beds and even food to eat. The food I buy with my pension doesn’t last, as within two weeks it’s done,’’ stated Paulus.

She added that none of the children have national documents.

‘’Their parents are unemployed. I don’t know exactly where they are. They left home to look for jobs,” she lamented.

Paulus also asked good Samaritans to assist with mattresses or old beds as some made their beds by using sticks and stones, while some sleep on the floor, in dilapidated huts to boot.

“It is not right to treat children the way they are being treated by their parents. Old people are supposed to take care of themselves, and enjoy their monthly grant,” she observed.

She added that it is a pity that they do not have national documents. They are indeed supposed to receive their monthly grants, but their parents are failing them.

Okatha Kamagulu headman Juuso Iipadhi said he tried helping these children, but the parents are not coming forth.

“When I told the councillor about the issue, he explained very well that since the parents of these children are still alive, the old lady cannot procure birth certificates for them to avoid giving wrong information,” he stated.

Uukwiyuushona constituency councillor Andreas Amundjindi said he is aware of the situation. He also tried all he could, but the parents failed to help him accomplish the assignment.

‘’I submitted all the names to the ministry of home affairs and immigration, whereupon the parents were called in. But they were nowhere to be found, till today,” he added.