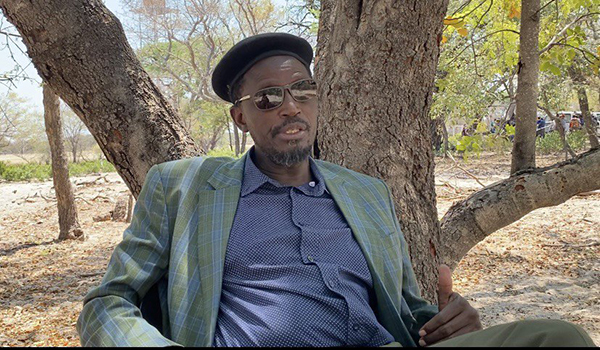 OUSHINI - The uncapped and unmanageable routes into Namibia from Angola continue to be a headache to Namibian authorities, as the number of migrants increases unabated and related social and legal issues grow.

Deputy minister of home affairs Daniel Kashikola has described the situation as “uncontrollable”. Mass migration trends from Angola have been observed in the last two years as people from southern Angola come to Namibia to look for work and food.

This is because drought and the fallout of the pandemic forced small-scale farmers in Angola to abandon their daily struggles. Last February, after close to 11 months of camping at Etunda in the Omusati region, Angolan migrants were repatriated but many returned just weeks later as they still face the unemployment, drought and hunger that they tried to escape from by coming to Namibia.

Many said their government made promises to assist them but these were not fulfilled.

In most northern towns, throngs of Angolan migrants roam the streets in search of piecework. They sleep rough and often scrounge in bins for food.

In recent months, the dire economic situation in that country has also seen an increase in brazen cross-border fuel smuggling as the difference in the price of fuel between the countries is massive. In the last year, the petrol price in Namibia has almost doubled from around N$12 to around N$22 per litre while 25 litres of smuggled fuel cost around N$300.

Angolan fuel smugglers, armed with knives and pangas, have threatened to attack Namibian police officers stationed along the Namibian-Angolan borderline near Oshikango, and have also attacked Namibian vehicles entering Angola.

In an interview with New Era, Kashikola said it is practically impossible to control the movement of people from and into the country as there are no barriers or border posts in various areas between the two countries.

“However, there is an agreement between Namibia and Angola, that people living in a radius of certain kilometres on both sides can travel into both countries without necessarily providing a passport, provided that they report themselves at official entry points,” he said.

He believes that the agreement has contributed to uncontrollable movements of people between the two countries.

“Officially, the migrants might always go through an official point of entry, but it’s practically impossible for those living in villages close to the borders,” said Kashikola.

In a different scenario, Kashikola also added that there is also a large number of Namibian livestock grazing in Angola.

“Or Angolans grazing in Namibia, but the water points are in Namibia and vice versa, so we simply can’t control it,” he added.

However, to put the situation under control, the ministry has ideas on creating more gazetted entry points as well as implementing border resident IDs for those that reside in the permitted radius alongside the borders.

The Angolan embassy has not replied to a request to respond to the concerns at the time of going to print.

Furthermore, the economic fallout from the Covid-19 pandemic and various elements has led thousands of Angolans to flee their country to seek better livelihoods in Namibia.

“That has also highly contributed to a large number of migrants in the country. With those people, we cannot do anything much because in terms of international conventions, when people flee their country for survival, it is our obligation to accommodate them.

“We need to profile those people, categorise them, and know why they are here, whether asylum seeking, refugee and so forth, and as government, we see how we can assist them,” he explained.

In an interview with New Era a few months ago, then police chief Sebastian Ndeitunga said cases of human trafficking have been reported at the Angola-Namibia border, with traffickers using the Namibian route to transport people to other countries.

“Signs of human trafficking are detected between the Angola-Namibian borders – but in many recent cases, people being trafficked are not Namibians; the perpetrators have been passing through our borders to transport people to other countries,” he said.

In addition, Kashikola said the issue of human trafficking is another challenge. However, he assured that the government has put measures to control it.

“There are people that have been apprehended some time. In some cases, some people have been paid to bring in either men or women to be used for cheap labour at cattle posts or in the households and that is also trafficking, but most of those cases are not being reported. Some of the people brought here are also minors, of which some are seen selling items on the streets,” he explained.