Home / ‘FMD under control, no need to panic’

‘FMD under control, no need to panic’ 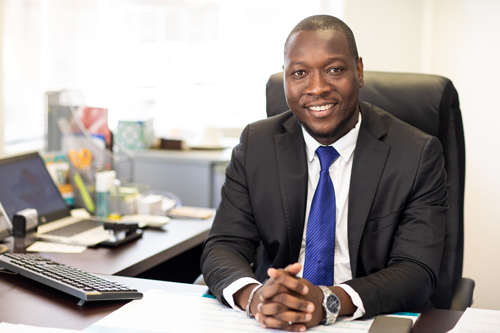 Meatco has assured Namibian beef importers there was no need to panic over the foot-and-mouth disease outbreak that has been reported in the northern parts of the country. Meatco CEO Mwilima Mushokabanji says the FMD outbreak was under control at the moment.

Namibia exports beef to some countries in the European Union, China, Norway, Britain and the US. Meatco’s assurance follows after the United States Cattlemen’s Association (USCA) recently raised concerns about Namibia’s beef and called on its government to halt with immediate effect beef imports from Namibia due to the FMD outbreak.

Namibia through the country’s meat processing company, Meatco become the first African country to export red meat to the US after it exported 25 tons of beef to Philadelphia last year.

The country was also set to export another 860 tons of various beef cuts in last year to the US, rising to 5 000 tons by 2025. Namibia is the only country in Africa that is accredited to export meat from its FMD-free zone to basically the whole world. Mushokabanji responding to the concerns over the weekend assured the world, saying the country has the expertise and capacity to deal with the current FMD outbreak in the protection zone. “We are confident that there is no risk of FMD being spread to the US through our beef produced,” he said, adding that all beef exported to the US is procured from the Namibia’s free zone without vaccination, a zone that has been free without vaccination since 1965. Mushokabanji said Namibia as a member of the World Organisation for Animal Health (OIE) subscribes to regular reporting and follow-up of diseases notifications. “Namibia has a proven and audited animal disease surveillance system and in situations such as this is capable of early detection and reporting of animal diseases in any of the Namibian zones,” he stressed. “It is important to stress that the reporting of such outbreak is not a sign of weakness in the system but rather a sign that the system is working effectively and can be relied upon.”  In addition, Mushokabanji said, Namibia has an effective Livestock Identification and Traceability system with proven capabilities of forward and backwards tracing of livestock and livestock products. “Namibia has a well-founded and demonstrative capacity to respond to FMD outbreaks without affecting trade, we justly, believe that Namibia has the expertise and capacity to deal with the current FMD outbreak in the protection zone without affecting the safe production of beef in the FMD free zone,” he said. Furthermore, Mushokabanji said, the country does also not rely on a single zoo sanitary measure to control FMD rather, it combines a number of OIE approved zoo sanitary measures. “We are confident its free status is as a result of the assessments of all its interventions rather than focusing on a single intervention e.g. all levels of protection,” he said. Livestock Producers Organisation (LPO) of Namibia chairperson Thinus Pretorius also shared similar sentiments as Mushokabanji, saying that Namibia has a disease-free, highly regulated and individually traceable livestock system. “For approximately 60 years, the country has managed to be FMD-free due to the effective and stringent procedures put in place. This is an achievement of which Namibia is proud,” he said. However, he added, that as a livestock producer, he can relate to the concerns of the USCA, because a possible FMD-outbreak south of the veterinary cordon fence (VCF) would spell disaster for the Namibian red meat industry.

“We will do everything in their power to uphold the free status. Various protocols are put in place by the competent authority to eliminate the risk of contamination, including inoculation north of the VCF, a surveillance area within the FMD-free zone with strict movement control, and strict procedures by export abattoirs regarding post-mortem tests and cooling of carcasses to eliminate any risks of virus infection,” he said.