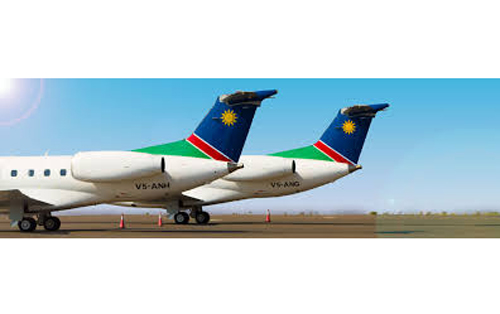 Cabinet has clarified that the cost of liquidating the national airline, Air Namibia, will not be borne by government, but rather by the proceeds of the sale of assets of the company.

Information minister Peya Mushelenga, who shared with the public the latest Cabinet decisions, explained that during the application process, government will procure the services of lawyers and other experts who will be paid fees, but once the liquidation order is granted by the court, the liquidators take over the cost of liquidation.

“It appears that there is confusion over the cost of liquidation, caused by the money that government has to pay to the owners of the aircraft that Air Namibia is leasing and for which government has provided guarantees in the past,” Mushelenga said.
He added this money would have to be paid whether or not Air Namibia continues with operations or is liquidated.
He said Cabinet remains concerned about the impact of the closure of the national airline on the well-being of the employees.

However, he said in the spirit of caring, government has agreed to provide ex-gratia to employees’ equivalent to a 12-month salary.
He said although this will not take away all the difficulties that the employees are experiencing as a result of the closure, it should be seen as an extra-ordinary measure over and above what the law requires.  Mushelenga emphasised that the decision to liquidate the national airline was not taken lightly. “All options were explored to find a solution that is in the best interest of the current and future generations,” he said.
He said various options such as entering into collaboration with other airlines currently operating in and out of Namibia as well as those planning to enter were explored to determine if there would be interest for a strategic partnership.

According to Mushelenga, government approached other airlines such as the South African Airways (SAA), Ethiopian Airline, TAAG, Lufthansa, KLM, British Airways, Turkish Airline, Emirates and Qatar Airways. However, this did not yield positive results.
Meanwhile, responding to questions in parliament yesterday, public enterprise minister Leon Jooste said government continued pumping money into the national airline because of its massive strategic significance at the time.

“Over the years the global airline industry went through significant changes in line with “open skies” policies, first under the Yamoussoukro declaration and later through the Single Africa Air Transport Market under the African Union,” Jooste said.
“That is why we experienced an unprecedented number of global airlines entering the Namibian market and offering alternative options to travellers.”

He said the liberalisation of the global airline sector has deteriorated the strategic significance of Air Namibia in its current form as it was no longer the primary enabler for tourism growth.
“What I am trying to explain is that it made excellent sense for Government to subsidize Air Namibia for a particular period as there was a strong argument for its strategic importance,” he said.
- ktjitemisa@nepc.com.na