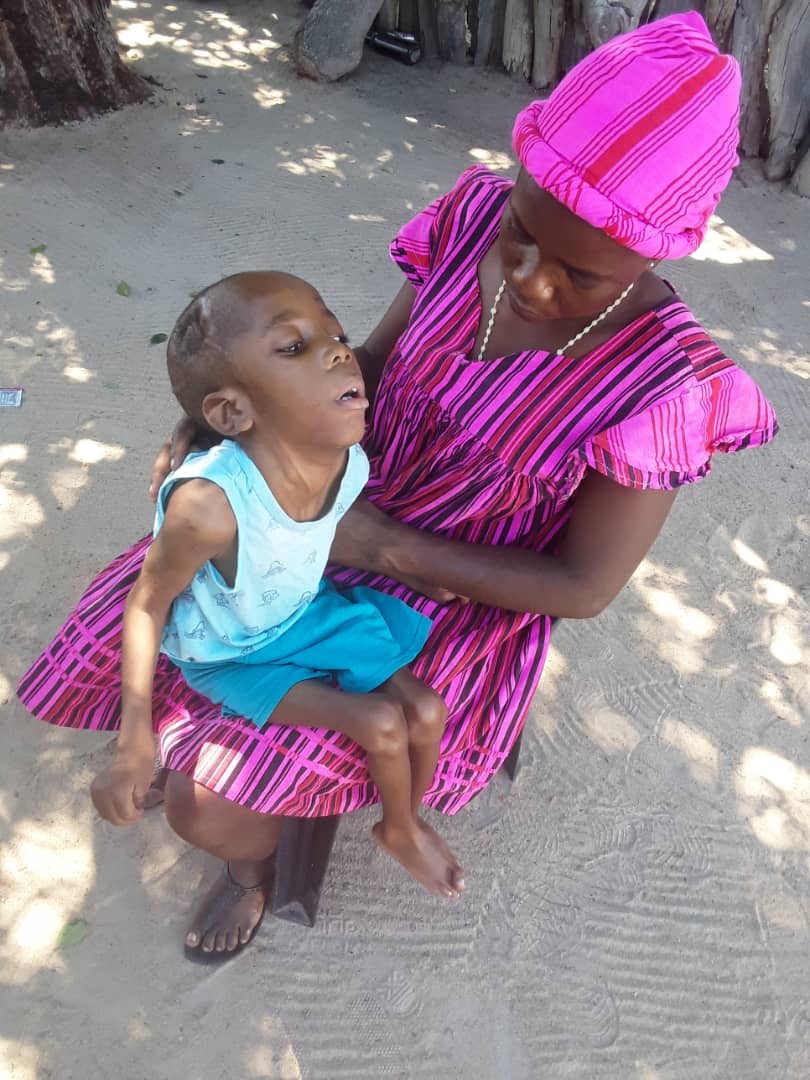 A hapless mother of an eight-year-old boy, who is battling a brain tumour condition, is asking the public’s help for a wheelchair for him. Secilia Petrus said her son, Andreas Fanuel, was born with excess fluid in his brain, a condition later diagnosed as astrocytoma.

According to Wikipedia, an astrocytoma is a form of a brain tumour that comes from astrocytes (a type of brain cell). “I seek help for my son to get a wheelchair because he does not walk or stand. I have to place him in a box whenever I am preparing his food,” said the 30-year-old mother.

Petrus, from Oshitutuma village in the Omusati region, said her son does not eat their usual staple food like porridge but only depends on milk, which is costly. She also said her son is unable to use a toilet when nature calls.

“My son is eight years old but still wears nappies due to his condition. Nappies are expensive. Sometimes, I find myself in a situation where I do not even have a single dollar,” she said. Petrus said she did not find work because she cannot leave her son with anyone. She cannot afford a wheelchair and, therefore, appeals to the public to help her son get a wheelchair.

Petrus is the oldest sister in the house and she is the only one taking care of her siblings because both her parents have passed on.

“Life is very hard for me. It is not easy to have a disabled child, especially when you do not have a job,” she added. Petrus added she loves her son and she considers him like other children. Petrus can be reached on her mobile phone 0814204940 for any assistance regarding her son’s condition.