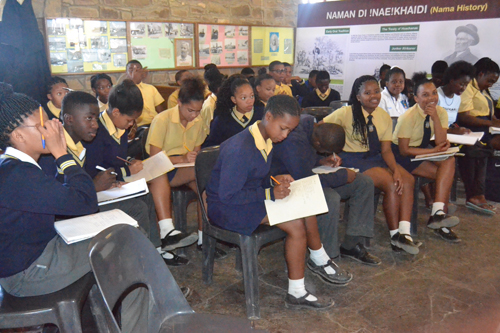 Popular Democratic Movement (PDM) parliamentarian Johannes Martin has said the Swapo-led government has run out of ideas in fixing the country’s education system, which according to him has been in a bad state for years.

Martin contributing to the motion of education curriculum change tabled by fellow PDM parliamentarian Nico Smit last week said government should stop implementing systems without adequate facilities and resources to cater for the new changes. He said this while referring to the uncertainty surrounding the future of grade 11 learners across the country. The University of Namibia (Unam) is reluctant on admitting learners who exited school at grade 11 through the new Namibia Senior Secondary Certificate Ordinary level (NSSCO) curriculum.

Hence, they are unable to accommodate level three qualifications. “For 2021, Unam has admitted 6 954 grade, 12 learners, from an application pool of 46 000. We do not have space for level three qualifications. We do not wish to compete with basic education for the top students it needs to progress to AS, which we will need once they have completed AS. After all, our learners will be able to enter university anywhere in the world with AS,” explained Matengu. However, Martin has taken issue with the revised curriculum, saying grade 11 leavers will find it extremely difficult to secure places at vocational training centres.

“How on earth can one put a government plan in place where grade 11 leavers exit school to access institution such as vocational training centres to accommodate the already many young people flocking there?” Martin questioned.

“If filtering and cost cutting was the mission, then the Swapo-led government should stop pulling political stunts such as introducing free-education across the board prematurely as they did.”

Instead, he said, government should consider introducing the junior secondary as a two-year course with a certificate for a three-year course of Advance Subsidiary level or Ordinary Level at grade 10-12 senior secondary curriculum.

According to Martin, the three-year course will give ample time for learners to be ready for tertiary education and sharpen their critical thinking skills without pressure.