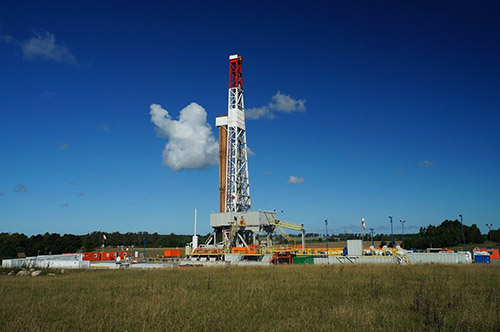 ReconAfrica’s controversial oil exploration activities in the Kavango regions have been officially endorsed by the Parliamentary Standing Committee on Natural Resources, which is chaired by former Cabinet minister Tjekero Tweya.

ReconAfrica, the Canadian-based company recently came under criticism from locals who claimed there was no consultation before the company started with its operations. International environmentalists also claim the company has been economical with the facts of its operations and the environmental impact it will have on the area.

Investors in the United States are suing the company for running a “fraudulent scheme” that deceived the public over its oil drilling operations.

The class action lawsuit was filed on 25 October on behalf of individuals and entities who bought shares in the company between 28 February 2019 and 7 September 2021.

However, Tweya, addressing parliament on Tuesday, said the oil exploration has overwhelmingly positive support from the locals, traditional leaders, and the general public, thus the committee recommends the continuation of the exploration project to complete the exploration phase.

“Despite this overwhelming support, all future explorations must be done with full and prior approvals of land owners, farmers and villagers and consent from traditional authorities,” Tweya told parliament. Tweya said more than 40 regulatory and stakeholders’ engagement activities have been conducted by ReconAfrica and environmental consultants together with the ministry of mines.

“Over 2 774 community members attended Reconnaissance Energy Corporation’s (REN) community engagement meetings from July 2021 to October 2021. In total, 320 meetings were held. Documentary proof of the engagement meetings with the different stakeholders inclusive of the affected communities, local leadership and traditional leaders is in possession of the committee,” Tweya said.

However,  he said the other four traditional authorities were only consulted in August and September 2021, six month after REN began its activities.

“The committee views this as an afterthought action on the part of Recon and others as they were supposed to consult all traditional authorities first before anyone else,” he said.

Also, he said the committee view is that the engagement meetings were not of consultative nature but rather informative to create awareness of the company presence in the region.