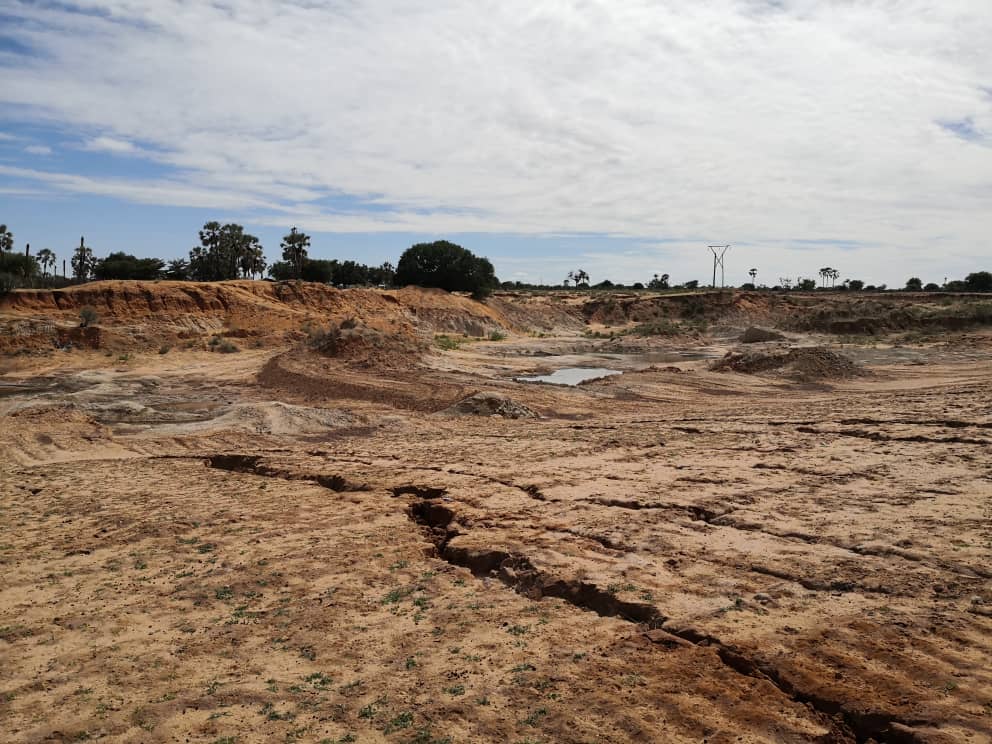 OMUTHIYA - The Ondonga Traditional Authority (OTA) has set up a committee to look into issues of sand mining that have been a burning issue in Oshikoto, especially in the Oniipa area.

This move comes following the environment ministry’s decision to suspend OTA’s mining licence at Ondando C burrow at Oniipa after it observed some irregularities, which led to a violation of the environmental clearance certificate.

“We have taken note of the suspension of the licence due to a number of reasons, as cited by the ministry. Ondonga King Fillemon Shuumbwa Nangolo has acted and taken a decision to set up a committee that is tasked to investigate and address whatever issues that surround the matter,” OTA secretary Frans
Enkali said when contacted for comment.

The licence was suspended last week by environmental commissioner Timoteus Mufeti until 31 August. He also ordered that no mining activities
be undertaken for the time being. Mufeti stated in the letter that the licence was revoked for non-compliance after it was observed that the activities interfered with underground water, as well as the construction of a gravel road to the site without authorisation.

The ministry’s finding comes after numerous complaints from the community, who have objected to sand mining activities, stressing that it was an environmental hazard and also leading to land degradation. Due to the delayed reaction from various stakeholders to the issue, the community two weeks ago blocked the road leading to the mining site as a form of protest.

The protest later turned ugly when the headman of the Okadhimeti village, Petrus Shambo Martin, who serves as the middleman between the traditional
authority and businesspeople conducting the mining, turned up at the site and was engaged in a quarrel and scuffle with one of the village activists, Jesaya Nambundunga. After the fight, Nambundunga opened a case of assault with the Onayena police, and case number CR 47/06/21 was registered.

Martin refused to answer anything pertaining to the mining, and referred all questions to OTA.  “I have only seen the letter on social media, nothing official to my office that is directly responsible, so I have nothing to respond on whether activities ceased or not,” he said. Enkali, however, believes the aggrieved community should first have approached the traditional authority.

“The traditional authority was fully authorised to operate, and the OTA, as the custodian of the land, has the right to allocate or allow anyone to settle or operate on its land for as long as it is done legally. So what happened in this regard was not really necessary, as the community was supposed to approach the traditional authority instead of approaching the businesspeople operating,” he stressed.

“Those people never went illegally, but we permitted them. Therefore, the aggrieved community should have consulted us. We could have sat and deliberated on an amicable solution”, Enkali said, adding that the committee will in the meantime tirelessly work towards the matter before the set deadline of 31 August so that a solution can be found.

Meanwhile, one of the champions of the objection to sand mining activities, Oscar Shikongo, said they do not want any such activities to be undertaken within their community. “We don’t care whatever deliberation is to be undertaken, for as long as it is not a resolution. Such activities must be banned in Ondando. We will not rest until such is realised. They should take the mining to a different area because we have seen the effects of it,” he charged.

Shikongo emphasised that the community has made that collective decision. Nambundunga this week told New Era that he was recovering from the injuries he sustained, although he complained that his throat still hurts.

“I am waiting for the outcome of the investigation. I was assaulted for nothing while I am trying to stand for the wellbeing of the community. The scratches have healed, but I still feel pain on my neck and throat where he was trying to strangle me,” stated the activist, who refuses to relent. On the other hand, Martin claimed he only acted in self-defence. “I was also beaten and pulled out of the car as I went to observe what was happening. Imagine, a headman being treated as such. So as a man, I needed to defend myself,” he said.