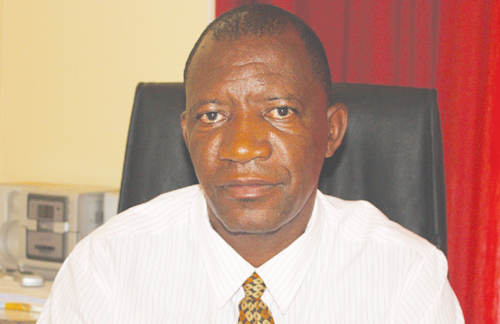 Newly appointed Omaheke chief regional officer Pecka Semba has promised to uplift the quality of life of all citizens of Omaheke by tackling issues of social justice.

Speaking to New Era briefly on Friday, Semba, who was the region’s director of education until his appointment on Thursday, said he will also focus on total the decentralisation into devolution through which services will be closer to the people.

“I will maintain and improve the Omaheke Regional Council’s management. I’ll also see to it that the council’s resolutions are carried out. I will also provide advice to the council on significant regional development concerns,” said the veteran educationalist.

The appointment, which was effected on 3 June, brings to an end years of a leadership vacuum at the regional council after its last substantive CRO Maria Vaendwanawa left in 2019.

She had assumed the role in 2018. Vaendwanawa was suspended on several charges of administrative and financial irregularities.

Before her, Pederius Tjihoreko served at Omaheke CRO.  He too was suspended on allegations of insubordination, amongst others, some five years before Vaendwanawa took over the reins.

The regional council has been operating with acting CROs for the better part of two years with council management team members Karukirue Tjijenda and Sophia Eises, alternating in the acting capacity for the position.

Eises has since been appointed Gobabis Municipality CEO – another position that has seen turbulent times in recent years, with CEOs coming and going at regular intervals.

Semba brings with him several years of leadership in education, having risen through the ranks as a teacher, education officer, deputy director and director in the directorate of education, among other prominent portfolios he occupied.