Home / A Day in the life of Paula - Evil Step-parents

A Day in the life of Paula - Evil Step-parents 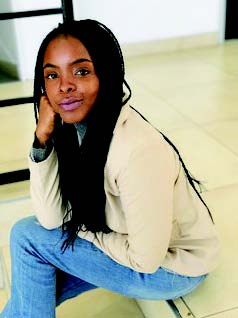 I never really got why anyone would date and/or marry someone with children if they are not willing to accept these children as their own. Many people don’t seem to be realistic or even ready for the role they’re about to take on as a stepparent when dating someone with kids.
Some stepparents just don’t care for the well being of their stepchildren, and others may even go as far as mistreating or bullying the child. Often there is a clear distinction between how they treat their biological children and their step kids. This is something society has normalized, meanwhile, these children grow up traumatized and broken.

If you think about it, where is all that animosity towards a child coming from? Is it from a place of jealousy or insecurity? Is it because the child is a product of a previous relationship? Even if so, your partner has moved on from that relationship, and is now with you. Besides, it has nothing to do with the child. You knew (I assume) about the child before dating this person. Why then date someone with kids in the first place, if you are going to treat their children like trash? Hello?! How did you not know that this was a package deal?

I reached out to social planner and developer Wilhelmina Gaoses to learn more about where this animosity could possibly stem from. She points to intergenerational trauma - “A traumatic event that began years prior to the current generation and has impacted the ways in which individuals within a family understand, cope with, and heal from trauma.”

Wilhelmina explained it may be that a stepparent mistreats a child because they themselves never moulded a relationship with their parent/s. Someone who, growing up, did not have a pleasant relationship with a father/mother figure will not know how to promote that same kind of connection. These relationships are often built on childhood trauma, which has lingered and affected their development and how they see parent-child relationships. Because this trauma was never dealt with, sometimes seeing their partner bonding with the stepchild makes the stepparent envious, building up resentment towards the child.

Wilhelmina added: “It’s important that you reflect and ask yourself what kind of trauma has led you to behave like that toward the child. And then take the necessary measures to heal from your unresolved trauma,” she advised.

As for the biological parents of these kids, who sometimes choose to ignore what’s going on in their households, pay attention to the signs of mistreatment or abuse and encourage your children to speak up. If you ignore the issue, you are actually telling them you OK with that treatment and also feel that they deserve it. If they cannot confide in you, their parent, where else should they go?