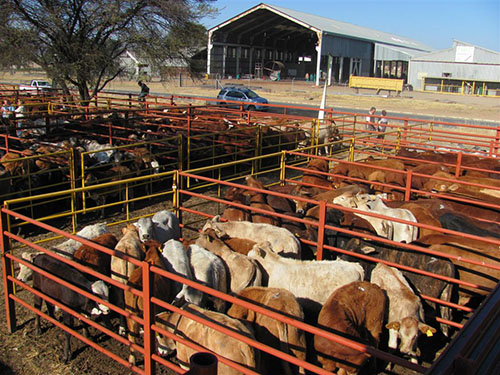 The Agra group has nearly doubled earnings in the last financial year, with the company posting a profit before taxation of N$86.4 million, compared to N$42.8 million achieved during the 2019/2020 period.

Group CEO Arnold Klein said the total turnover for Agra increased by only 1.5%, from N$1 787 million in the 2019/20 year up to N$1 815 million in the 2020/21 year. He said this relatively small increase compared to the previous year’s growth, is worth celebrating given the current economic
climate.

“Specifically, when considering historic sales cycles, total revenue was expected to decline due to the significant drop in the sale of feed and licks, brought on by improved grazing after the rain,” he said.

“This shows that Agra was able to effectively recover those sales by increasing sales on other lines. We are proud to report a record year for financial performance, despite enormous challenges faced by all sectors of the Namibian economy.” Klein noted the result of this is evident in the gross profit reported, which increased by 9.1% from N$368 million in 2019/20 to N$402 million in 2020/21.

Another major contributor to the growth in gross profit, he said, is the increased contribution from the Agra Auctions division. Auctions contributed N$65.3 million in commission for the year, compared to N$55.8 million in 2020/21, an increase of nearly 17%.

This was achieved despite a decrease in the number of animals marketed, especially on cattle, which declined by 24%.

“Fortunately, the overall increase in the price per head was enough to make up for the shortfall in livestock numbers. Due to Agra’s continued drive to reduce waste and improve operational efficiencies, especially in the current economic environment, operating expenses for the group decreased slightly from N$309.6 million in 2019/20 to N$308.1 million during 2020/21,” said the CEO in the integrated annual report for the year ended 31 July 2021 recently released.

Klein continued that cost-cutting, debt consolidation, favourable financial product negotiations, and cash flow management were the main drivers of the group success for the financial year under review.

Economically, the agricultural sector has had some positive stimulus during the previous financial period.

Good rains over most of Namibia had positive impacts on the purchase of superior production stock and the growth of herds for local producers.

He added that Agra managed to pay dividends to shareholders during a very precarious time in the economy and their share price increased by 9.1% during the year under review.

Conditions are good for herd rebuilding and there is a need for production stock to restore the losses caused by the prolonged drought that Namibia experienced prior to 2019,” he said.

He stated there is potential to expand upon innovations Agra implemented during the past financial year: “Many of our developments and upgrades will continue and also offer new possibilities.

A favourable climate for agriculture means our core market will be stimulated to invest and expand in their own operations.”