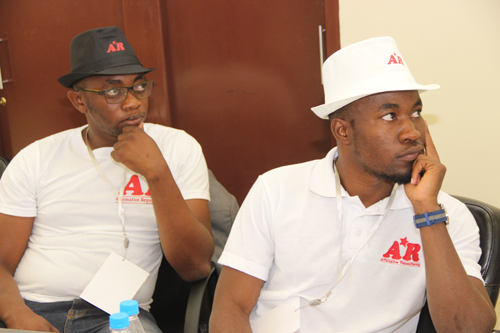 Affirmative Repositioning movement leader Dimbulukweni Nauyoma says members of the public should make a distinction between pronouncements made by Job Amupanda as Windhoek mayor and comments made in his capacity as an AR activist.
Nauyoma yesterday dismissed assertions that Amupanda was an AR mayor. He said the University of Namibia’s academic was elected mayor collectively to serve the interest of all residents irrespective of their political affiliation.

Meanwhile, Nauyoma said AR was supporting the City of Windhoek’s latest initiative to pre-allocate land to over 3 000 residents, adding the scarcity of serviced land has underpinned the Windhoek housing crisis.

“Because of the weak leadership, there has been no exploration of alternative ways to the provision of land. The pre-allocation of land enables the City to allocate planned and un-serviced land to individuals and to secure funds for the actual servicing of land,” said Nauyoma.
He also urged residents to cooperate with the City of Windhoek during the planning and implementation of the initiative.

“We acknowledge the unfortunate challenges during the process. Some residents will be moved to either new settlement or so especially during the brownfield. Hence, residents should cooperate so that the initiative will be implemented during the targeted period,” he added.
The city council this week has resolved to approve the pre-allocation of land to households on its waiting list and in informal settlements to enable it to allocate 3 035 in-house plots within three years.

The total target is 5 000 plots over five years. Nauyoma said the movement was happy and excited to record the council approval of new township establishments at farm Ongos and Avis.

Council approved the application for the establishment of six new townships by the National Housing Enterprise for residential development that will be situated North West of Windhoek, on portion 3 of the farm Ongos No. 38 close to Havana.
The development will comprise six new townships with a total of 1 105 erven, while the council also approved the application for the establishment of a new residential township by the Indigenous People’s Business Forum situated in the Avis suburb in Klein Windhoek.
The proposed township has a total of 246 erven.
- ljason@nepc.com.na