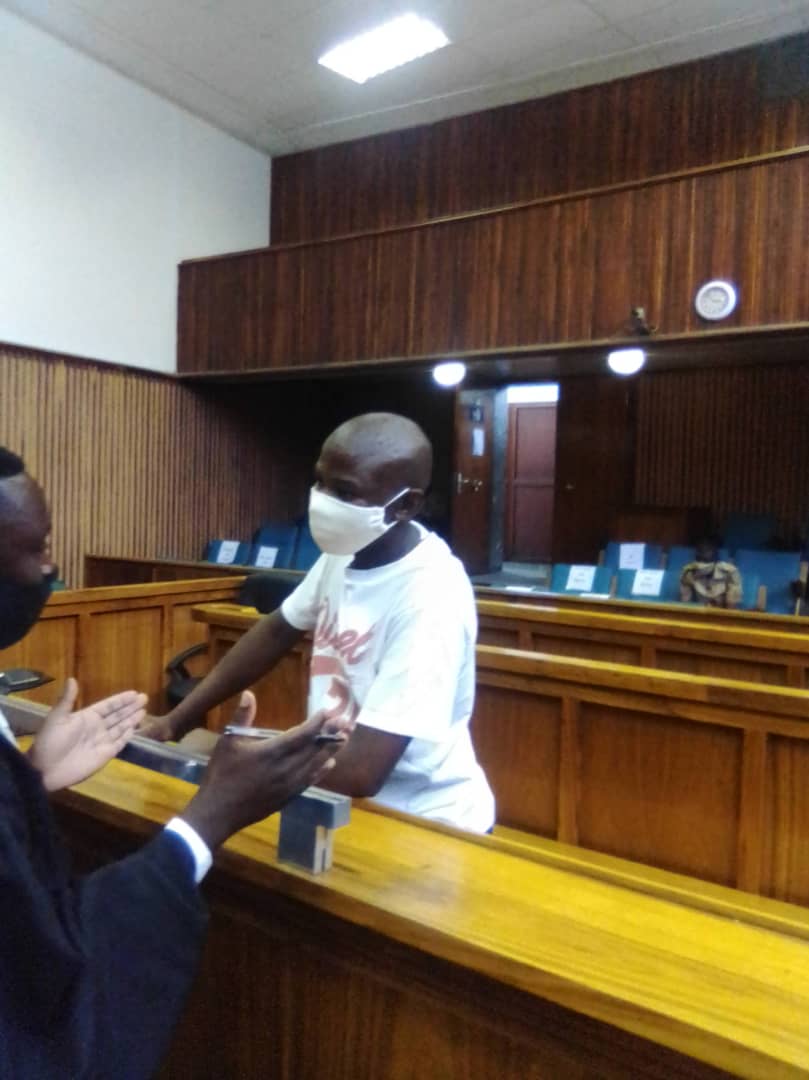 A Gobabis man who was convicted of murdering his 10-month-old baby boy was yesterday sentenced to an effective 37 years imprisonment.

Windhoek High Court Judge Christie Liebenberg had convicted Dawid Nowaseb (29) on a charge of murder with direct intent read with the provisions of the Combating of Domestic Violence Act for killing his infant son, August Geinamseb, when he threw him to the ground in anger.

According to evidence presented in court, Nowaseb hoisted the child above his shoulders and threw him to the ground after he told the mother of the child that he will kill the boy and then himself.

He was further convicted on a charge of assault with intent to do grievous bodily harm (GBH) and one charge of common assault both read with the provisions of the Combating of Domestic Violence Act as well as to a charge of escape from lawful custody.

“There can be no doubt that the courts view the offence of murder on a young child as extremely serious, moreover when committed in a domestic setting.

The victim was the accused’s own son, merely 10 months old, who was mercilessly killed when his head was forcefully hit against the ground in circumstances from which it may reasonably be inferred that this was act of retaliation against his girlfriend and mother of his children,” the judge stated. “He acted in cold blood and with complete disregard for the sanctity of human life. The deceased was a helpless baby who innocently became a weapon in the accused’s hands to strike back at his girlfriend for not wanting to sleep with him.” He further said the killing was brutal, cruel and calculated and that the motive was to hurt her feelings as she had to witness how her child’s head was smashed against the ground and death ensuing shortly thereafter.

According to Judge Liebenberg, the pain and suffering any mother would endure under these circumstances is inconceivable and extending that explains the words of the mother of the infant when she said she did not understand why he had to kill the child and that she would never forgive him.

The judge further said that courts have in the past expressed its shock and indignation in several judgments by imposing severe sentences. Notwithstanding, however, the judge said, a sentencing court should be careful not to make the accused the scapegoat for all those making themselves guilty of similar conduct, but based on the crime and the accused’s moral reprehensibility, should decide on a fair and balanced sentence. He went on to say that despite Nowaseb being a first offender, his personal circumstances and interests simply do not measure up to the gravity of the crimes committed and the aggravating factors present, coupled with the interest of society. With regard to society, the judge said, their interest is a valid consideration in a court’s determination of an appropriate sentence. After all, he said, they are the ones who have to accept the accused back in their midst, which might be troubled if there is a perception that the sentence was too lenient. On the other hand, he said, neither should the courts give in to unrealistic expectations of society (at the expense of an accused or the interests of justice) by imposing sentences that will break an accused.