Home / Opinion | Being church today - church and society in context

Opinion | Being church today - church and society in context 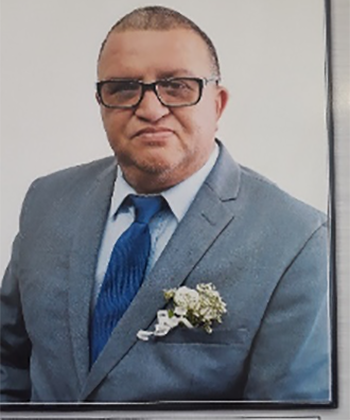 Against a wall in Baghdad, Iraq, the following graphite words in one of the indigenous languages were written by someone: “Is there life on this side of the grave?” These words sum up the position of the post-Second World War world. Is there a chance for a better, peaceful, tolerable co-existence of the nations of the world? Is there a chance for a better, more prosperous world and an end to hatred, violence, greed, poverty, starvation and a shortage of food, crime, rape, illness and diseases? In a nutshell, our world is very chaotic, and because of these, we as the church are challenged by these realities with questions like: “If God is in control, why are all these negative forces ruling supreme in the world? Where is God when His created world is slipping and sliding down into this abyss of destruction?” The present situation and development of events of the world tell us that the future is either uncertain, or is escalating to destruction.

The church, in my opinion, must become more and more aware that the mission and ministry context of Southern Africa has changed irreversibly, particularly since the coming of democracy to Namibia in 1990. We have witnessed the end of the Cold War and the emergence of new epidemics, as well as the resurfacing of old ones. Human sexuality is also facing challenges of a nature hitherto unknown.

One’s gender either as male or female can no longer be the sole determinant of their gender. One’s gender is currently determined by a range of identities that do not necessarily correspond to established ideas of male and female. The world has simply just changed under our feet. The church has experienced what we can call a major and multi-pronged paradigm shift due to the “words of changes”.

The vision of any relevant Christian Church in any society is to empower God’s people with both ethical values and life-enhancing knowledge and skills towards the realisation of abundant life, which is central to Jesus’ declaration “I came that they may have life, and they have it in abundance” (John 10 Verse 10). The goal of any relevant Christian Church to its society must be in consonance with the real needs of the people towards enabling a culture of innovation, knowledgeability and promote honest service and development. The church is called and sent forth to be the Body of Christ in the world. This means that the church must be alive, active, concerned, involved and participative in world events. The church, for this reason, should not only be concerned with its own liturgical, ecclesiastical and symbolical agendas.

Jesus Christ was not exclusively concerned with the procedures, activities and programmes of the temple, synagogues and religious institutions and leaders of His time (the church). Today, likewise, His concern and business are not only for the church and religious institutions, but more so for the world. Christ healed, raised the dead, consoled and comforted, fed the hungry and spoke words of a better life and existence (future) outside the religious buildings’ walls. In the life, death and resurrection of Jesus Christ rest the future of the church, and the hope and future of the world and its people.

It is the call, duty and task of the church to persistently proclaim, practice and live out this truth of a certain future and hope for the world and the cosmos in Jesus Christ. The church has the responsibility to proclaim in and to the world that Jesus Christ comes to give enduring, meaningful life to the world in order for all human life to review and be directed towards newness, restoration, peace and liberation from destruction and chaos. Since the world and its people were and are God’s concern in Christ, similarly the church’s commitment is the society, world and its people’s meaningfulness.

In the words of Allan A. Boesak, minister of the Uniting Reformed Church: “It is not true that we must accept inhumanity and discrimination, hunger and poverty, because Jesus has come that we may have life abundantly. It is not true that we are simply victims of the powers of evil that seek to rule the world, but this is true. To me is given all authority in heaven and on earth, and I am with you always, even unto the end of the world”. The truth is that there is hope because Jesus Christ is the life for the world, and the church on earth is the salt of the earth and the light of society.

The church in Southern Africa was a guiding and leading tower for the people, and likewise now, in the force of this killing diseases, the church must proclaim and carry the ethics of morality, self-control, behaviour and standards. The church must be equally attached to this proclamation, the launching of lasting active programmes and projects. Priority should be given to church programmes on HIV/AIDS, rape, suicide, GBV awareness, prevention, care and compassion. More collaborative and coordinated efforts are needed.

The involvement of communities and people’s participation should be strengthened to allow for community-based involvement and initiation. Moreover, the church should never forget its prophetic role in the society where moral decay is prevalent.

The Christian Church remains the signpost, beacon, lighthouse and fortress in society that Christ is the hope for the world. The church should not hesitate to be fruitful, fearless ambassadors and advocates of hope and peace for the world. The church should come out even stronger, more certain and committed in times of trial and darkness and uncertainty. As Christians, we acknowledge that the church has often stood on the periphery of the struggle for social justice.

We have been powerless and afraid to bring about change. In the eyes of many people, especially the young people, the church has accepted the status quo, and in the process has lost much of its credibility. The church, however, is still the one body in Namibian society which spans all barriers, and which operates on both sides of the present socio-economic situation. As such, it has a unique and significant role to play in increasing understanding and trust, and preparing people for change.

The time is long past for Christians to worship and meet together just for the purpose of “getting to know one another” across racial and cultural barriers. The exigencies of the current emergency require that the church should look beyond the confines of its own life and make the unchanging Gospel relevant in a changing world, as well as to touch the lives of the nations and society.

Prof. J. W. De Gruchy’s book “Bonhoeffer and South Africa”, presents a direct challenge to the church in Southern Africa out of the experience of Bonhoeffer and the Confessing Church in Germany. This book speaks to our situation in Southern Africa. The circumstances may be different. But the theological and moral issues are the same, and at this moment in the history of Southern Africa, we cannot afford to ignore what Bonhoffer has to say to us. “Bonhoeffer”, John writes, “affirmed a theology that was at the same time Christ-centred and world-centred”. In Southern Africa today, there is a very real danger of the Christ-centred being separated from the world-centred. Christ and the world belong together – that is the meaning of the Incarnation and the message of the cross. God’s action in Christ was in the world and for the world. (John 3:16).