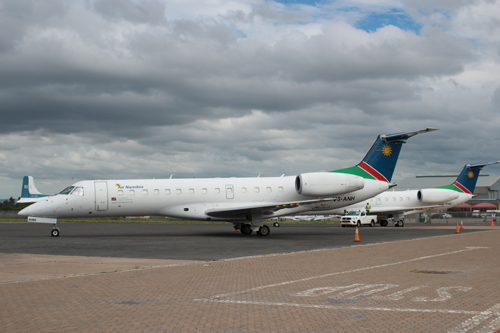 A Belgian liquidator of defunct Challenge Air has attached movable assets of troubled Air Namibia for failing to pay about N$103.2 million by Thursday last week as per agreement reached on 29 January this year amid government’s intention to file for voluntary liquidation.
The national airline was due to pay the first instalment of 5.8 million euros (N$103.2 million) on Thursday following an out-of-court settlement that was made an order of the court last month.

The remaining amount of 4 million euros (N$72.3 million) would have been paid in monthly instalments, with the final payment due in January next year, according to the agreement.
On Friday, Anicet Baum, the sole liquidator of Challenge Air, submitted to Windhoek’s deputy sheriff for the airline’s movable properties to be attached and public auctioned to raise N$103.2 million that is due for payment.
The dispute between Air Namibia and Challenge Air started from a leasing and maintenance agreement of a Boeing 767-33 aircraft, dating back to 1998.

Although the lease agreement was later cancelled, Air Namibia was left with a debt of over 18 million euros (N$324.9 million) and was had the obligation to pay that amount on 11 December 2019.

A further agreement was reached last year after Air Namibia failed to honour the initial agreement.
The agreement provided that Air Namibia pays an initial amount of 5 891 554 euros (N$113 million) and then monthly instalments of 580 000 euros (N$11.1 million) until August next year and 181 919 euros (N$3.4 million) in September 2022.
The liquidators have in the past claimed Air Namibia only paid N$113 million and two payments of N$11.1 million.
“The first respondent (Air Namibia) immediately failed to pay its debts described above, as they were due by March 2020. The last payment was made on 14 April 2020,” reads Challenge Air’s affidavit.

Just days after reaching the agreement with the Belgian liquidators, Air Namibia halted all operations two weeks ago after government announced the airline would be liquidated, resulting in job losses for 636 employees.
Financials from a few months ago indicated Air Namibia’s liabilities as of August 2020 totalled about N$3 billion, compared to assets of N$981 million.

“At this stage, the country’s economy can no longer afford to perpetually provide financial support to Air Namibia at the expense of supporting economic growth and critical social services.

It is, therefore, with that consideration that the government decided to file for the voluntary liquidation of Air Namibia,” he said, adding that the government considered all other options, which included engagement with other airlines for potential investment or partnership.
Equally, he added, the government has also assessed various business plans to turn around the company.
- mamakali@nepc.com.na
Troubled times… Air Namibia’s moveable assets have been attached by a Belgian liquidator.
Photo: Emmency Nuukala