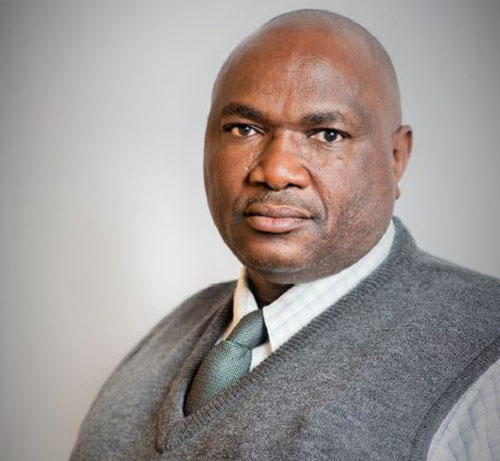 A pioneer of the Namibian business community is no more. John Akapandi Endjala passed away on Sunday afternoon at a local hospital after having been admitted to an Intensive Care Unit during December last year.

Endjala, known to close friends and associates as Akapandi, was an example to many disadvantaged Namibians who are not always afforded opportunities to follow their dreams. It is in this regard that Endjala showed many Namibians they can pursue their aspirations regardless of their circumstances and despite the prospects at their disposal.

As the executive chairman of the Johnny and Penny Group of companies, widely known as J&P Group, the self-made millionaire made it his mission to advise young entrepreneurs on how to become successful business people. Endjala co-owned J&P Group with his wife, Penehafo.

It was in this light that Endjala made a tremendous impact on the youth, particularly those who did not complete their education. This is because even though Endjala dropped out of school, he still managed to build a successful operation that today is involved in the hospitality industry, food services, supply of school utilities and construction.

Endjala used his own experience to teach young aspiring entrepreneurs the crucial aspects necessary to effectively run a business, including the need for drive, ability to identify opportunities and employing the right persons for the job.

What’s more is that Endjala’s inspiring rags to riches story inspired so many struggling Namibians that many of them have used his teachings to become budding business personalities. The part of Endjala’s story that has become legendary in business circles is when he arrived in Windhoek in 1987 all he had with him was a plastic bag containing two pairs of trousers and two shirts.

Endjala also inspired local businesses, specifically those operations owned by previously disadvantaged Namibians, and served as the eighth president of the Namibia Chamber of Commerce and Industry (NCCI) from 2008 to 2010.

“The NCCI and Business Namibia have learned with sadness about the passing of one of our former presidents, board member and a formidable business personality Mr John (Akapandi) Endjala. At this difficult moment, we extend our sincere condolences to Mee Penny, the children and the entire family. We thank Akapandi for his role in advancing the interest of the business community and upliftment of the formerly disadvantaged business people. He will surely be remembered for his unequivocal commitment to forge the Chamber’s pathway by contributing to the successful achievement of enhancing entrepreneurship through mentoring, inspiring and connecting our country’s entrepreneurs. May his soul find peaceful repose,” read a message from current NCCI president, Bisey /Uirab.

Also commenting on the passing of Endjala, well known Namibian businessman and entrepreneur, Lazarus Jacobs, yesterday told New Era that “Tate Akapandi” was a true legend. “He was one of the true pioneers of black business in independent Namibia. Anybody who is somebody in black business owes something to Tate Akapandi. May he continue to rest in black power.”

Meanwhile, Johannes ‘Cooks’ Kunamwene, a former colleague of Endjala, yesterday told New Era he can only say good things about Akapandi. “He left me with good memories and taught me a lot about life in general and also so much about business,” said Kunamwene.