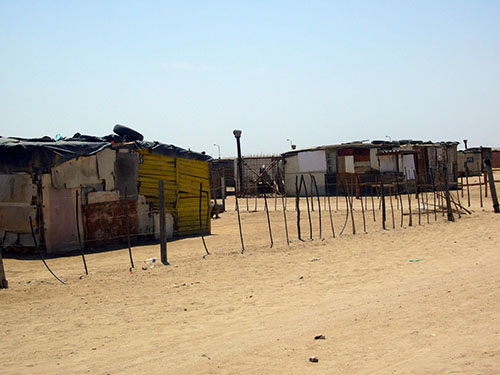 WALVIS BAY – A Swakopmund resident lost his life on Wednesday evening after he was stabbed to death while watching a fight between two men. The bizarre incident occurred in the DRC informal settlement.

According to Inspector Ileni Shapumba, the deceased Sidney Windwaai (54) was standing outside his house and watching a fight between two men.

One of the men allegedly ran to his house and came back armed with a knife. “It is not clear when exactly the deceased was stabbed.

They only discovered that the deceased had a stab wound on his upper left chest, and was also unable to run away from his attacker due to his disability,” Shapumba explained.

He added that the initial person the suspect was fighting with allegedly ran away before the suspect returned with the knife. Windwaai was immediately taken to the Swakopmund state hospital, but was declared dead on arrival.

Meanwhile, the suspect was attacked by a mob following the incident, and is currently being treated for the head injuries he sustained during the attack. The suspect is facing a charge of murder, and is expected to appear in court soon.