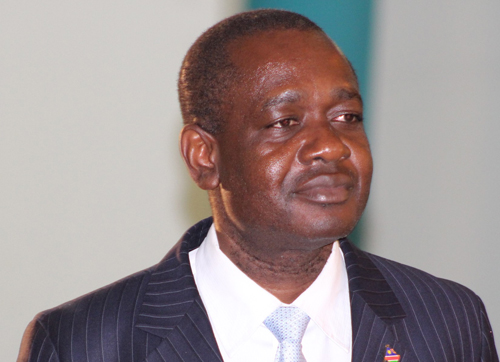 Information minister Peya Mushelenga last week announced that Cabinet had approved the allocation of N$10 million from the National Emergency Disaster Fund for expenditure request arising from disaster situations due to excessive rainfall. Mushelenga said this while delivering Cabinet resolutions at the Covid-19 Government Information Centre in Windhoek, based on the second
decision-making meeting of the year held on Tuesday. He said Cabinet took note of the preliminary findings on the impact of the 2020/2021 rainfall as contained in the submission submitted to Cabinet by
Prime Minister Saara Kuugongelwa-Amadhila. The ICT minister further added that Cabinet endorsed that the rainfall post-disaster impact assessment be conducted by the Office of the Prime Minister from the end of February 2021, in order to determine the socio-economic and environmental impact with the view to developing a recovery and resilience building strategy. Furthermore, Mushelenga pronounced the outcome of the meeting regarding the 12th General Assembly of the Governing Council of the African
Minister’s Council on Water (AMCOW), which was submitted to cabinet by the Minister of Agriculture, Water and Land Reform, Calle Schlettwein,
saying cabinet had also endorsed the handing over of the AMCOW presidency from Gabon to Namibia at the end of the 12th Ordinary Session of AMCOW which was held virtually on 18 February 2021.

Additionally, the Cabinet also took note of the 2019/2020 annual report of the Financial Literacy Initiative submitted by Minister of Finance, Iipumbu Shiimi and authorised the finance minister to table the report in the National Assembly.

Similarly, Cabinet also approved in principle the draft of the Namibia Planning and Construction Industry Council Bill submitted by Minister of Works and Transport, John Mutorwa and authorised Mutorwa to present the Bill to Cabinet Committee on Legislation for further consideration and legal scrutiny, however the Bill must be re-submitted to Cabinet before it is tabled in the National Assembly.