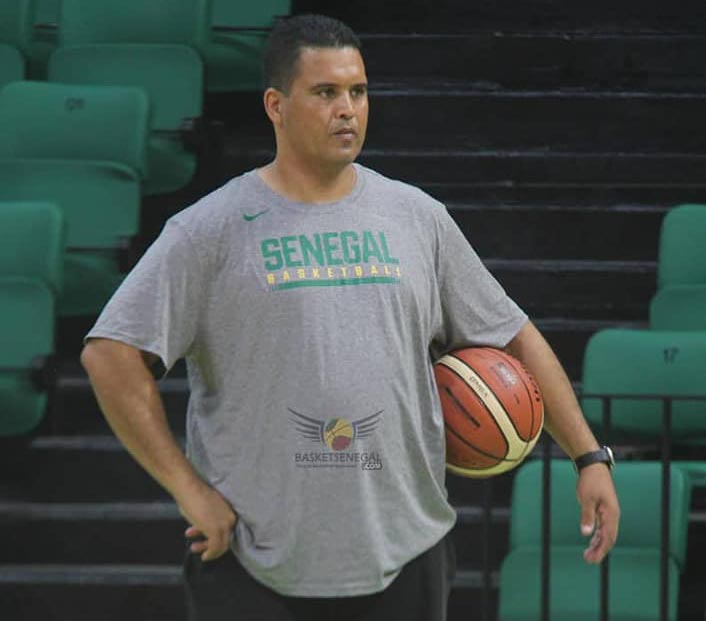 Namibian veteran basketball gaffer Manuel ‘Lito’ Carballo has been appointed as the new head coach of Scottish side North Lanarkshire Titans’ senior men’s team, which will also see him spearhead the overall development of the sport at the club.

The North Lanarkshire Titans announced on its website that Carballo, who has coached Namibia’s U/16, U/17 and U/20 national sides, will be taking over as coach of the senior men’s Division 1 team, and also as head of basketball development at the Scottish entity.

Following his appointment, Carballo told the club’s website: “I am a very committed person towards what I take on and this, in turn, follows over to my players, coaches, organisation and the community. Most of all, we need to believe in what we do as well as believe in the process. I am grateful for the opportunity to bring my experience to North Lanarkshire Titans Basketball Club in Scotland, and assist where I can”.

Carballo comes with a background in sports psychology and sports training, is accomplished at international level, and holds an MBA in coaching, mentoring and leadership from York St. John University.

He also holds an England Basketball Level II coaching qualification, is a Fiba-licensed coach, a Fiba-Africa coaches’ instructor, and also holds a Canadian coaching licence through the PAISAC programme, where he coached in Canada Montreal at UQAM University as an intern.

He has attended a coaching and mentorship programme through Delaware University, which was held at the Colorado Springs United States Olympic and Paralympic Training Centre, and completed his internship with the University of Penn State Basketball the Nittany Lions basketball team, which is a NCAA Division I college.

The Namibian native has vast coaching experience, having coached worldwide, including in Africa, the USA, Canada, Europe and Asia. He coached club basketball in England with Hackney Space (Eastside Heat), London Spartans and NASSA, where he was very successful and won several titles with different clubs.

He has also worked with different national teams and clubs in Senegal, and most recently with Rwanda. In Namibia, he worked with Tomahawks Basketball Club and the University of Namibia (head coach of basketball development and operations for five seasons).

North Lanarkshire Titans’ head of operations Robyn Tierney said: “We are delighted to appoint coach Manuel ‘Lito’ Carballo as the new head of basketball development and head coach of our senior men’s programme. He has vast experience, and will oversee club development from players to coaches. As a Fiba coach instructor, we are exceptionally excited for Carballo to work with our current coaches to become the best coaches they can be as they’ll be mentored closely.”

“As an organisation, we have always been ambitious and driven to achieve great things at North Lanarkshire Titans, and this appointment is the epitome of the direction we want to take the club in. I wholeheartedly believe this appointment is huge for basketball in Scotland as we help raise the bar and take Scottish basketball to new heights. I look forward to working together and taking our players, coaches and staff to the next level,” said Tierney.