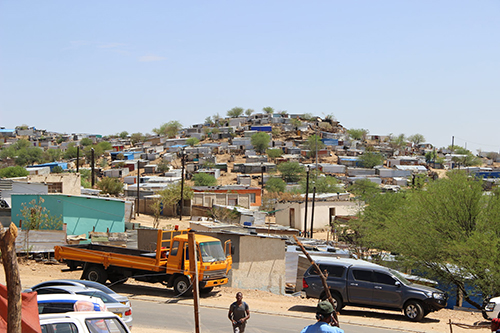 The City of Windhoek will consolidate its five different waiting lists for land applicants, including those who submitted names during the 2014 mass land applications. These lists will be converted into an electronic database and published on the City of Windhoek’s website for public access.

The city has a total of 40 580 applicants who want land to build their houses on.

Once the list is made public, stakeholders will be requested to update their records. They will also be allowed to submit objections to names on the list on the basis that a person appearing on the list already owns or owned a property in Windhoek or is the holder of a valid lease with the City of Windhoek.

This was one of the resolutions taken at a municipal council ordinary meeting on 28 October 2021. The council approved the adoption and publication of the waiting list for prospective purchasers and prospective tenants in Windhoek.

The city further stated that all single residential erven that become available in the low-income area would be reserved for individuals on the waiting list. However, only households with a monthly income of between N$3 000 and N$8 000 would be allowed to register as prospective purchasers. Households with an income lower than N$3 000 would be allowed to register on the tenant list.

On prevention of land invasion, council noted the instances of land invasions in Windhoek in 2021 have been some of the worst in years and urgent intervention by the political leadership is needed to normalise the situation.

Council approved the approach of controlled entry to the informal settlement areas to enforce a zero-tolerance to land invasions in Windhoek: “This stance means that no basic services such as water and electricity will be extended to the newly invaded areas or any other future invaded areas.”

Council further approved the affordable housing policy, which will govern all affordable housing activities and processes within Windhoek. The policy aims to provide the lower-income beneficiaries within the city with incremental housing solutions in accordance with their levels of affordability.

Also, to ensure residents obtain security of tenure, to establish acceptable housing typologies for various income categories, to facilitate access to credit/loan facilities for purchasing a house, to promote a safe and healthy built environment through decongestion, and to continually research housing construction methods and technologies.