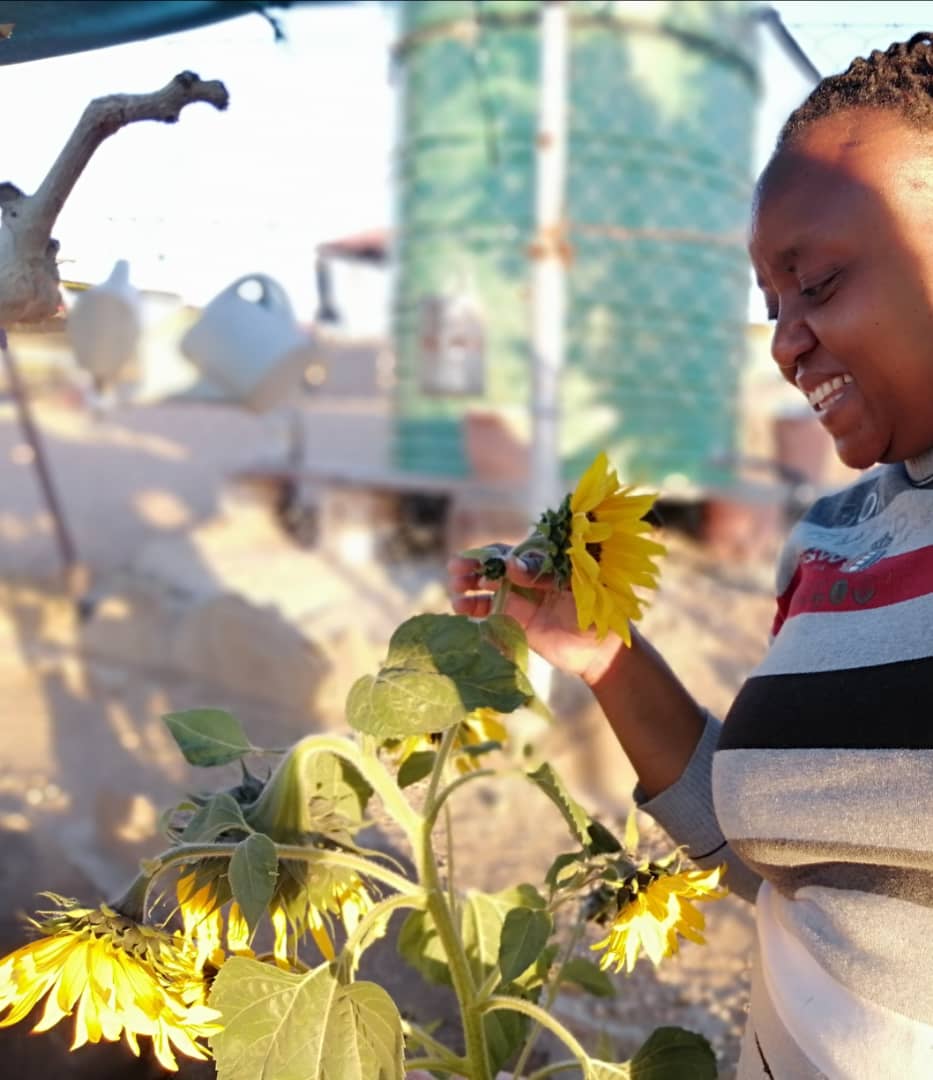 Ursula Tjipueja-Kapuuo is a woman on a mission, who by successfully venturing into small-scale crop production has broken a lot of traditional barriers.
It all started in 2017 when the farming blood in her moved her to venture into small-scale farming which has now become a daily part of her dietary supplement.
In a society that is highly patriarchal and conservative by nature,  Tjipueja-Kapuuo refused to be judged by societal stereotypes and has made great strides with her small scale crop production.
Ursula, a civil servant employed on a full-time basis, started a small garden at her home village of Okaokongwinya, some 17 km from Okandjira in the Ovitoto area of the Otjozondjupa region.
In her small garden, Ursula has managed to plant tomatoes, carrots, chilli, and onions amongst others.
Of late, she has added rain-fed crops such as mealies, beans, pumpkins and water melons as the yearning for expansion of her garden becomes prominent.
Also in her garden is the sought-after moringa plant, which she said has been a lifesaver for her family during the onset of the Covid-19 pandemic due to its strong medicinal component.
“Last year during the lockdown winter, we were fortunate to have this moringa plant. I had dried it and turned it into powder which I and my family would use to keep the flu at bay,” she told AgriToday.
Ursula’s love for crop production was coincidental, she admits. She said she loved shade trees and plants that she would use to decorate her homestead at the village frequently.
After realising that in crops, she would actually be better off as she would also be able to feed her family, the transition was almost natural.  “I was employed at the constituency councillor’s office closer to home, and that allowed me a lot of time to dedicate to my crop farming activities. Slowly, the project started to take shape.”
Ursula has upped her game of late, as she now also sells seedlings to those who intend to venture into a similar mode of crop production.
“I realised that I have more than I need and could actually make a few extra cents by selling the seedlings that I don’t need off to others in the vicinity. I still do this to this day, and the support has been great,” she said. Although the rain-fed crops are struggling a bit now with the absence of rain as it appears to have let up in the area of Ovitoto of late, Ursula is not relenting.
To keep the plants moisturised, she has been pumping water from nearby streams to water the plants.
Ursula is aware that this has not been the best mode of keeping the plants moisturised, as it would not be sustainable in the long time. But for now, it is a means to an end, so she gladly takes it.
“We are working on having a more permanent solution to this problem, but for now, this is what we have and it works.
She encourages other women to take on challenges out of their comfort zones, as the days when sitting back was all that was needed for women are gone.
“We need to make our own stories and have our own tales told as women. Let’s spread our wings and do good for ourselves and our families,” she noted.
Ursula said her husband has been helpful with her small-crop production and is the pillar that held her together whenever she wanted to give up.
- tjatindi@gmail.com