Home / Consumers to ‘benefit’ from infrastructure-sharing

Consumers to ‘benefit’ from infrastructure-sharing 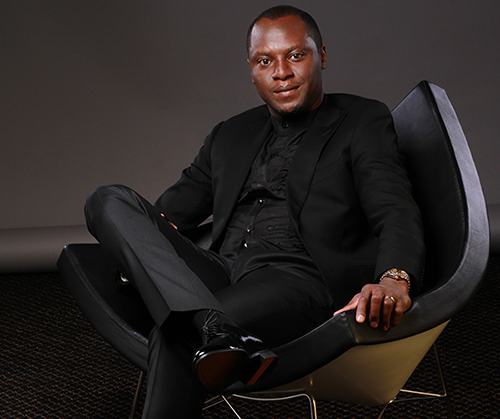 The Communications Regulatory Authority of Namibia (CRAN) has clarified that there is no obligation for infrastructure-sharing if a dominant operator will utilise the infrastructure for its own purpose and has received such exemption from the authority. However, in a statement issued on Wednesday, CRAN stated that MTC, which has been declared a dominant operator for the Wireless End-user Access Market as per the Communications Act, has not received any exemption from the authority in this regard.

“Dominant operators must have spare capacity in order to share infrastructure with other operators. In the case of MTC, an independent assessment was conducted by the authority (with participation by MTC), which revealed that the supply-side capacity on the MTC networks exceeds the levels of traffic demand (both in the current year and in the near future), hence the directive to MTC to share infrastructure. The said assessment was based on network data provided by MTC for the purpose of the investigation,” explained Emilia Nghikembua, CRAN chief executive officer.

CRAN recognises infrastructure-sharing as set out in the Telecommunications Policy of 2009, the Communications Act and Pillar 4 of the Harambee Prosperity Plan (HPP II), which encompasses Infrastructure Development under Goal 4, (Expanding Coverage for ICT) as a catalyst for economic growth, social progression and a contributor to global competitiveness and investment attraction.

“Any aggrieved operator has recourse in terms of the Communications Act to raise its grievances with the authority for reconsideration,” Nghikembua added.

The CRAN CEO continued that “the contention that licencees that do not co-invest in infrastructure may not share, is not legally nor economically correct. The concept denotes that dominant operators have gained an economic advantage over other operators, and must allow other operators to share in that advantage, for the benefit of consumers. The lessee of infrastructure must pay a sharing fee to the lessor. Therefore, this arrangement is not for free”.

The Communications Act makes provision for licence categories that allow operators to only provide an electronic communication service without constructing their own network, with the understanding that they will share capacity with other operators. In their statement, CRAN noted that Cell C (a South African operator) is one such example, with 10 million customers all receiving network services from other licencees.

“Infrastructure-sharing is, therefore, designed to benefit consumers, not licensees,” reads the CRAN statement.

CRAN further pointed out that from a telecommunications and economics perspective, infrastructure-sharing is designed to primarily benefit consumers by limiting the duplication of infrastructure so that new investments can be geared towards underserved areas as well as improved customer service. The sharing is also meant to significantly reduce barriers to market entry, which means more operators can enter the market, and consumers will have more choice in terms of products and services, which in turn will reduce costs, leading to improved quality of service and lower prices. Sharing is also intended to alleviate pressure of network deployment, and allows operators to turn their attention to improved innovation, better customer service and eventually better commercial offerings and healthier competition.

“Telecommunications networks are built with consumers’ money, and consumers therefore have earned the privilege to receive services from such a network, regardless of the operator,” CRAN stated.

The authority added that the cost of data and other telecommunications services in Namibia remains high due to factors such as the refusal by operators to share infrastructure.

In this regard, the African Affordability ranking indicates that Namibia dropped from fourth-cheapest on the continent in Q1 2016 to the 33rd-cheapest country in Q1 2021 for 5GB per month. According to CRAN, infrastructure-sharing will thus allow for the introduction of effective competition, which is expected to lead to price reductions for the benefit of consumers.

“The authority has observed with concern that dominant operators have demonstrated a low appetite for regulatory compliance with regard to sharing infrastructure. Dominant operators must, however, take consumers into consideration as an operator’s refusal to share may deprive consumers from enjoying the fruits of competition i.e. reduced prices and better network quality. To this end, CRAN shall enforce the infrastructure-sharing framework for the benefit of all Namibian consumers, and in order to comply with the objectives of the government policy as codified in HPP II,” Nghikembua reiterated.

Meanwhile, through an earlier statement, MTC vowed to challenge CRAN’s decision directing the company to share its infrastructure with South African competitor MTN.

“We have engaged an independent consultant to study our network and provide on opinion on capacity. We know from experience based on our network intelligence and feedback from our customers that they struggle with congestion, and burdening our network with another operator will severely compromise our customer service promise,” stated MTC’s Chief Human Capital & Corporate Affairs Officer, Tim Ekandjo,

He said MTC considered its obligation to share infrastructure whenever it rolls out new sites and approached all operators to co-build, including MTN, who Ekandjo said was not interested in taking up the offer. This, he noted, is a clear sign that MTN has no interest in investing in its own infrastructure.