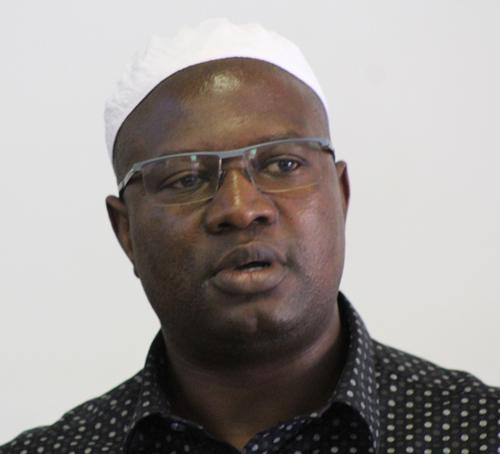 WALVIS BAY – The Swakopmund municipal council has cancelled the sale of four erven that were initially sold to four companies represented by the town’s former mayor Juuso Kambueshe.

The plots were sold through private treaty in 2018, but had to be cancelled due to an outstanding payment of N$29 million.
Kambueshe, who last served as Swakopmund constituency councillor until November last year, disputed council claims that he owed N$29 million for the four plots.  Chairperson of the management committee Wilfried Groenewald, during the tabling of the submission yesterday, said the four plots had a purchase price ranging from N$2.8 million to N$4.1 million and were supposed  to be sold for N$13.9 million altogether. It is not clear how much Kambueshe paid as deposit for the erven.

The four plots were sold to Pharlap Investments, PJV Investment and Mondesa Property Investment, while one erf was sold in his name.
“The purpose of the submission is to consider an application of Kambueshe for an audience to represent the reasons for the delay of various transactions. The due dates of the transactions lapsed in terms of the deed of sale,” Groenewald said during the council meeting.
Kambueshe applied for audience shortly before the final payment deadline. According to council documents, Kambueshe also sought audience last year, however, the meeting could not take place due to the Covid-19 pandemic.

However, on 18 January this year he met with two senior officials dealing with land sales to provide any details on progress, clarity and a way forward. “He advised that the consulting entity which will be created on 15 February 2021 will finance and manage the various transactions. He will only be able to commit to securing payment after the various transactions,” council documents read.

‘Housing deal to continue’
Meanwhile, Kambueshe yesterday told New Era the cancellation does not affect a multi-million-dollar mixed development project in which he is involved with other partners at Swakopmund. The project, which was launched in 2018, is yet to be get off the ground. Kambueshe added that he is partnering with investors and financial institutions for the project to be realised.

“The first phase includes manufacturing and housing and is estimated to be about N$1.5 billion of which the housing is a small part. The cancellation is just a fifth of the whole project, so the project is ongoing,” he said yesterday.

According to Kambueshe, the information the current council has is not accurate, as well as the reason why payments were not done.
“I can only say that the submission to council includes inaccurate information. I have requested council for an amendment to the current deed of sale in order for me to pay council the outstanding amount, ” Kambueshe explained yesterday.

He also disputed the N$29 million that is outstanding according to council. “This is definitely not the stipulated amount. However, I do not wish to fight with council as the information in the agenda is not consistent with the facts.  Nor do I want to address the discrepancies via the media [but] I can confirm to you that the development is on the market,” Kambueshe said.
– edeklerk@nepc.com.na