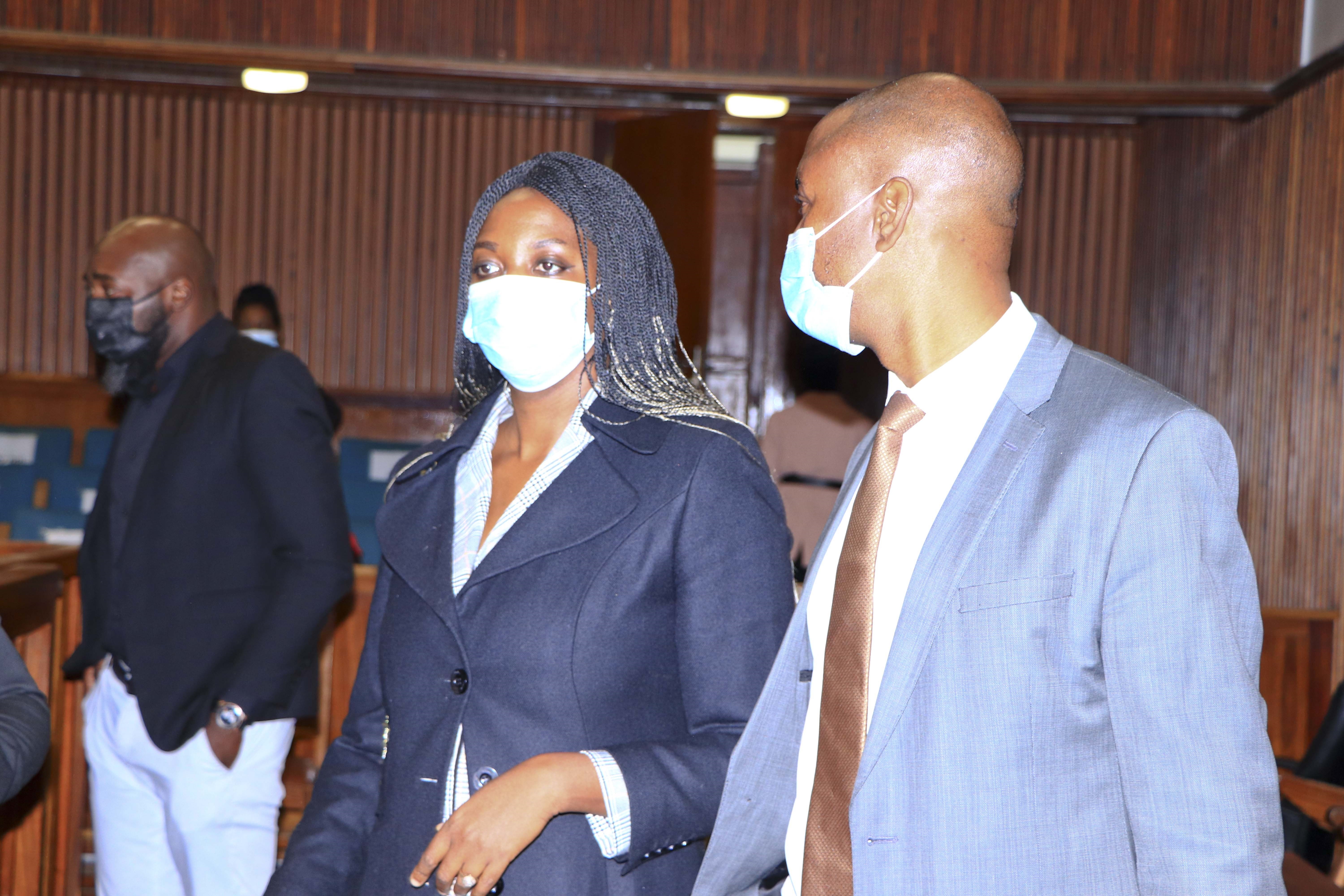 The trial of fraud accused Manga Manga-Mukena, her husband Joseph Mukena and Celestino Gabriel Antonio had to be put on hold on Monday after the court was informed that one of the accused had contact with a Covid-19 positive person.

Windhoek High Court Judge Herman January had to postpone the matter to 27 September after he was informed Antonio is in isolation.

The trio pleaded not guilty on several charges of fraud alternatively theft, forgery and uttering a forged document, money laundering and obstructing or defeating the course of justice.

The prosecution says all charges emanate from the falsification of 80 invoices, worth N$2 088 071 for advertising services.

According to court documents, between 1 April 2013 and 17 March 2017, Mukena and her co-accused allegedly defrauded MultiChoice Namibia. The documents further state that over a period of three years, the trio falsified 85 invoices and enticed the television company to pay for advertising services that were never rendered by State-owned newspaper, Kundana.

Allegedly, the invoices were presented with banking details but not of Kundana and – as such, the payments were made into the accused’s accounts. In plea explanations Nawa-Mukena and her husband deny any wrongdoing.

According to Nawa-Mukena, everything was done above board and with the knowledge of Roger Gertze and Annarien Vorster, the general manager and finance manager, respectively, who signed off a contract entered into with a company, called Kundanam, which belongs to Antonia that was lawfully contracted by Multichoice to do some promotions for them.

Mbanga Siyomunji, who represents Antonia, said his client put the State to the proof of each and every allegation and that he retains his right to remain silent. The State is represented by Timo Iitula. Nawa-Mukena and Antonio are free on bail, while Mukena is free on a warning.