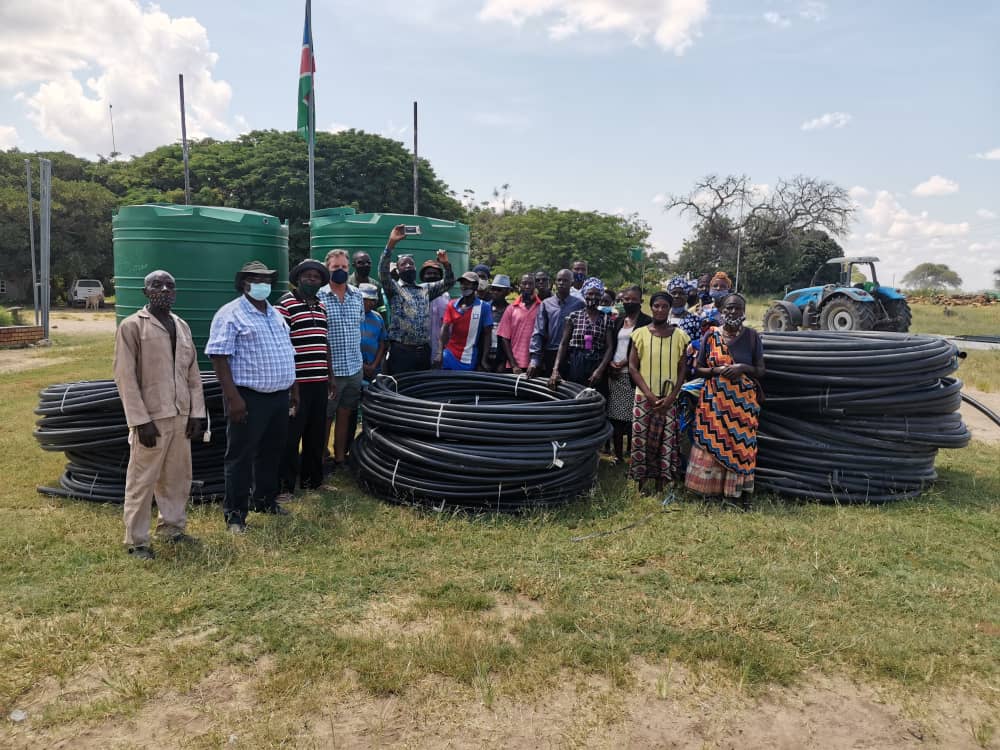 RUNDU – The community of the Shitemo village along the Trans-Caprivi Highway on Monday received two 5 000 litre water tanks and 10 water pipes measuring 100 metres each, courtesy of Serve Investments, who made the donation as a farewell gift to the community in which they operated.

Serve Investments has been leasing the Shitemo government irrigation project for five years, and it has been growing and harvesting wheat and maize along with other horticulture crops – but they are now going to leave the farm end of this month when their lease comes to an end.

The community has been struggling with getting water for their household needs, as they are located about 5km from the river, their source of water. With the donation, they will now connect their tanks to the Shitemo irrigation project’s water pipeline, which is located between the community and the river.

“This has brought happiness to this community that has been struggling with water. Meeting government halfway is what this company has done – and as the constituency councillor where this community falls, I’m really grateful for the good deed that they did,” said Ndonga Linena Constituency councillor Michael Shiwana Kampota during the handover at the irrigation project.

“Stakeholders should join hands and help government in providing to our communities; it’s the way to go. This community also needs many other services, such as electricity and ablution facilities, as they now depend on bushes to relieve themselves,” said Kampota, who received the donation along with the Shitemo community.

The laying and connecting of the pipes and tanks will be done by the community because the donation did not include technical support.

“I’m informed that there is another company coming into the project, so I will engage them to see if they can assist this community with the connections,” Kampota noted.