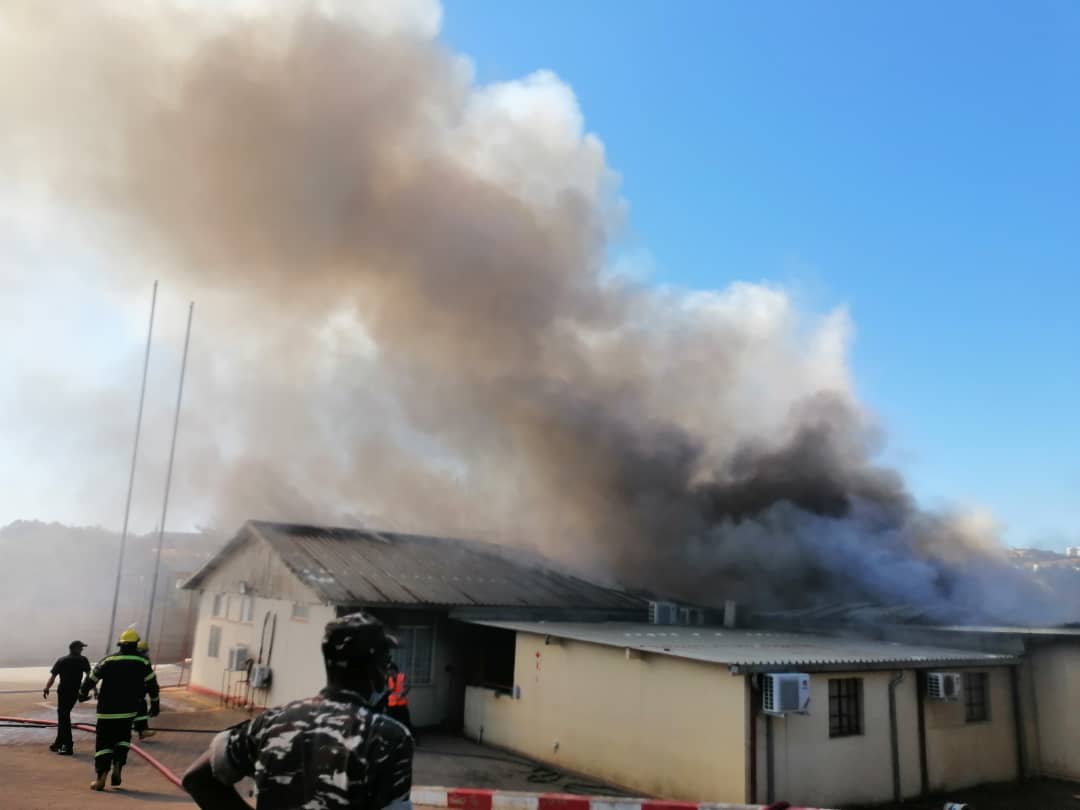 The defence ministry says investigations are still underway to ascertain the cause and estimated losses of the fire that engulfed the Suiderhof base military hospital on Sunday.

This was said by the ministry’s acting head of public relations, Tangeni Shikomba, who gave an update regarding the fire outbreak which occurred at the Peter Mweshihange military health centre located at Tobias Hainyeko Garrison military base in Suiderhof, Windhoek. He said the fire broke out around 13h00 and immediately the officer on duty reported the smoke which was coming through the roof of the building and requested fire rescue services to extinguish the blaze.

The City of Windhoek firefighting department and other private emergency response services were quickly dispatched to the scene in an attempt to extinguish the fire. However, upon arrival, Shikomba noted the interior of the facility was seen engulfed in flames and all medical equipment and related material were reduced to ashes.

“The timely intervention of the firefighters prevented the spread of fire to adjacent buildings,” he said.  Shikomba indicated the incident left the theatre, the store, emergency department and four wards of 26 beds in a state of inoperative, extending the burden on national health services amid the Covid-19 pandemic.

He reported some of the vehicles that were parked on the premises also suffered severe dents from being forcefully removed to avoid further damage to properties.  “The fire was brought under control around 15h00, but the response crews remained on the scene for the remainder of the day to monitor the situation and check for hotspots. There were no patients at the centre at the time of the fire outbreak and no casualty to the personnel on duty,” he said.