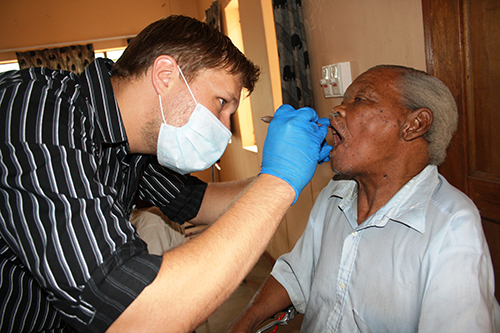 This follows after dentists threatened earlier this week that they will no longer treat Psemas patients as from next Monday until the outdated dental fees from the scheme are brought up to date by the ministry.

The organisation raised their frustration in a lengthy letter, saying the ministry is using delaying tactics to address the issue despite a notice being issued to minister Iipumbu Shiimi on 15 October by the president of the association, Maren Thomson. According to the association, the Namibian Association of Medical Aid Funds (Namaf) benchmark tariffs have remained unchanged since 2014, despite objection from the private healthcare industry on numerous occasions.

Spokesperson of the ministry Tonateni Shidhudhu yesterday told New Era they need at least until the end of December to consult and address the outdated dental fees.

“We are currently trying to engage the association to at least give us until the end of the year to consult. It is our hope that the association will agree to our request,” Shidhudhu said. He added they are hoping to meet the association by tomorrow so that they can consult on the matter.

association,” Shidhudhu explained. Meanwhile, Thomson earlier this week said that Psemas members who would need dental health services will be required to pay a 2021 cost-reflective tariff from their preferred dental health provider and claim their refund from Psemas on their own accord as from Monday.

“We regret that it has had to come to this drastic measure, but we have been left with no choice if the provision of dental services to Psemas beneficiaries is to continue at all. We hereby give notice to your good office that as from the 1st of November, all contracted dental health service providers shall cease to render dental health services at the 2014 Namaf tariffs,” she explained in the letter addressed to the ministry.

According to Thomson, dentists are spending significantly more on treating Psemas beneficiaries than what they are being reimbursed.

“Besides the low tariffs, dentists also recorded that Psemas often breached their own terms and conditions by making payments after the 60 days stipulated by the scheme. Psemas’ failure in this regard poses substantial sustainability and existential risk on dental healthcare providers still willing to treat Psemas patients. As dental healthcare providers, we cannot continue providing services below cost, we cannot be forced to subsidise government, while exposing ourselves to financial ruin,” she said.

A technical committee of public and private sector officials was appointed earlier this year to assess the status of the scheme as well as to propose reforms for its optimal restructuring.

Psemas falls under the ambit of the finance ministry and during the 2021 national budget, the medical aid scheme received some N$2.6 billion or 55.4% of the treasury’s annual budget.

Psemas’ 290 000 members are more than all the Namibian private medical aids combined, which total about 202 000 beneficiaries primarily managed by five separate administrators.

The massive scheme has been embroiled in various challenges in recent years. The finance ministry in September dumped more than 15 000 former civil servants. Alarmingly increasing Psemas expenses led to the verification process kicking off in 2018 to mitigate costs.

At the time, the fund already trimmed more than 17 000 beneficiaries, identified as over-aged dependents.

Also, in the ministry’s 2019/2020 accountability report, over 36 000 ghost beneficiaries were identified.

A local daily reported in March that 84 doctors were accused of stealing millions from Psemas and the ministry instituted civil action against some providers and is contemplating criminal charges against others while N$13 million have been paid back to the State.