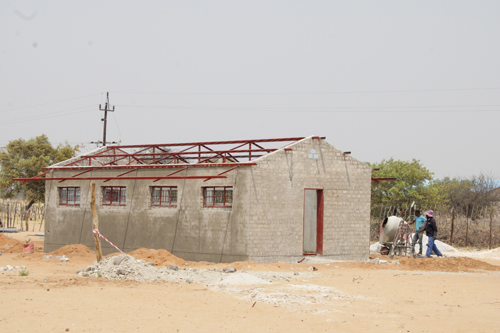 OMUTHIYA – Many schools in Oshikoto region still lack ablution facilities and dormitory accommodation, posing a serious challenge in the fight against Covid-19.

The education director, Aletta Eises, says some schools such as Ekulo, Nehale and Onguti senior secondary schools are mostly affected as all learners reside in the hostel, thus making social distancing nearly impossible as there are no other additional structures to accommodate them.
According to Eises, there are 221 schools in Oshikoto and only 10 of them have hostel facilities in addition to an unconfirmed number of rural community-initiated dwellings.

“These challenges still exist despite a cash injection of over N$74 million from the ministry meant to construct 31 hostels and 45 ablution blocks at various schools across the region in order to mitigate the spread of Covid-19. A combined total of 29 have been completed while invoices amounting to over N$49 million were paid to contractors,” she said.

This state of affairs has led to many learners resorting to renting in villages and informal settlements in proximity to schools as the majority are from remote areas. While renting remains an unavoidable option, the practice also subjects pupils to engage in sexual activities resulting in teenage pregnancy, as well as alcohol and drug abuse.

On the other hand, Eises said she was irked to note that some learners in Tsumeb were being sent back home for failure to settle determined fees by the school. This, she said, is despite the universal primary and secondary education grants initiated by government being in place.
She said such fees were voluntary payments thus it was wrong to punish a learner failing to honour such. Parents are paying as much as N$600 to N$1 000 at some government schools.

“If there is a problem, let it be addressed with parents while learners are in school. As much as we understand the need for money, it is a violation of the child’s right to deny them an education. Government committed to providing the universal primary education and universal secondary education grants to schools. Therefore, such extra payment initiatives are not mandatory,” she emphasised.
– osimasiku@nepc.com.na