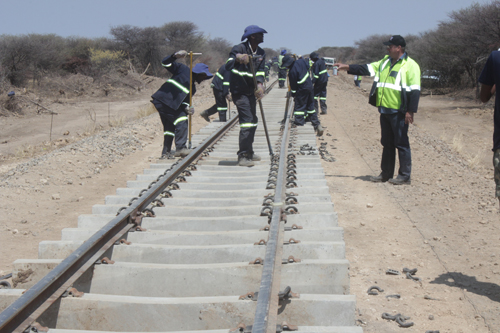 D&M Rail Construction managing director Dawie Moller has been arrested and appeared in the Gobabis Magistrate’s Court on charges of money laundering, the police announced yesterday.

Moller, who is running a business co-owned by Fishrot accused James Hatuikulipi, was denied bail following his appearance on Tuesday.
Confirming the arrest, police spokesperson Deputy Commissioner Kauna Shikwambi said Moller has been charged with counts of failure to declare funds, being in possession of unexplained funds, money laundering, theft, possession of suspect stolen property and charges under the Prevention of Organised Crime Act (POCA).

“I can only confirm for now that a certain Mr Dawie Moller was arrested in Leonardsville, Gobabis district on 5 January, appeared in court the same day, however, was remanded in custody and the case postponed to 18 January,” said Shikwambi.
Shikwambi, however, said she cannot confirm if the charges he faces are connected to the ongoing Fishrot case pending in the courts.
Hatuikulipi is part of a group of people currently in police custody facing prosecution in a multi-million-dollar corruption scandal.