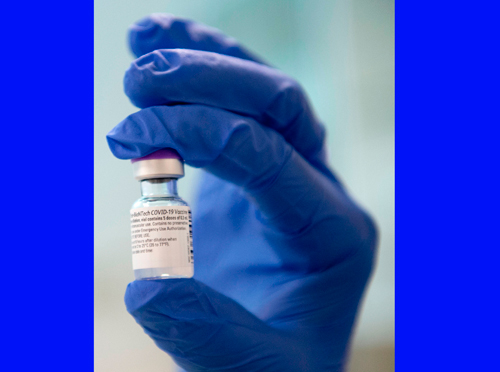 Health minister Dr Kalumbi Shangula said citizens should take personal responsibility to curb the spread of Covid-19 rather than pinning their hopes on the arrival of a vaccine to help cure the dreaded pandemic. According to Shangula, Namibians should take the necessary precautions to prevent themselves and others from the virus.

“The vaccines are not yet available in the Covid-19 facilities. We are not yet informed on when the vaccine will be available in the country. For now, the Namibian nation must continue to adhere to the regulations which have been set and to take the extra necessary precautions,” Shangula said in a brief interview with New Era this week.

“Don’t rely or pin hope on the vaccine, people must take precautionary measures. The moment the vaccine idea is planted in people’s minds, there is a possibility of them not being careful.” He said each and every citizen has a responsibility to curb the further spread of the virus.
“We can control the virus ourselves; the virus does not run by itself, it is being transmitted from person to person, people are carrying it and giving it to others. I want to urge the country at large to believe what we are telling them.

Avoid public gatherings, stay at home, if you going to the shop or to run some errands, make sure you are wearing a facemask and maintain social distance, protect yourself and your family and the nation at large,” he said.

The US Centres for Disease Control and Prevention (CDC) Country Director Dr Eric Dziuban told New Era yesterday the organisation was rendering the necessary support to government through the health ministry. “We are trying to save lives and working to avoid situations where the healthcare system will get completely overwhelmed.

But unfortunately, now, we are in the worst days we have had so far in terms of the burden on the healthcare systems and the lives being impacted but we continue to stand by the ministry providing whatever support we can,” he said. He said it is difficult to determine the time or arrival of the vaccine, considering the many factors that need to be taken into consideration. This, he said, includes the number of vaccines that need to be approved, factories producing the vaccines and the pace at which production is taking place.

“The Namibian government is responsible for the negotiation of procuring vaccines for the country. Beyond getting the vaccine for the country, there is enormous work that goes into having the right plans in place, for how it will be distributed, and we are seeing a lot of countries struggling right now as they begin their distributions, so Namibia is trying to learn from that and have the best plans in place as possible,” stated Dziuban.

He said getting the vaccine is half the battle as there are quite a lot of operational challenges that need to be overcome before getting it to citizens in need.
With countries like the United Kingdom, India and South Africa detailing rolling out plans for the vaccine, Dziuban said for Namibia, this means the second wave needs to be taken seriously.

“The vaccine is on the horizon and we all want to work to get it to places like Namibia as soon as possible. But even if we start vaccinating people today, the large majority of Namibians would be susceptible to the virus for a long time.
“Even with the vaccine, it takes a few weeks before you can get your second dose. It takes a few weeks until you are fully protected from the vaccine,” explained Dziuban. He echoed Shangula’s comments that citizens should not pin their hopes on the vaccine coming in the future.
“In the long-term sense, there will be a dire need of a vaccine because every country and community would greatly benefit from having the vaccine, although there are people skeptical and wary of it, especially when it comes to the side effects,” Dziuban said it is important for every Namibian to realise how much pressure the health system is under and the levels at which the beds are being stretched due to rising new infections.

COVAX facility
Late last year, Shangula announced the country has made an upfront payment of N$193 million to the COVAX programme for over one million doses of vaccine against Covid-19. The country targets to vaccinate 20% of its population. Frontline health workers and people of advanced age will be the first recipients of the jabs.
psiririka@nepc.com.na