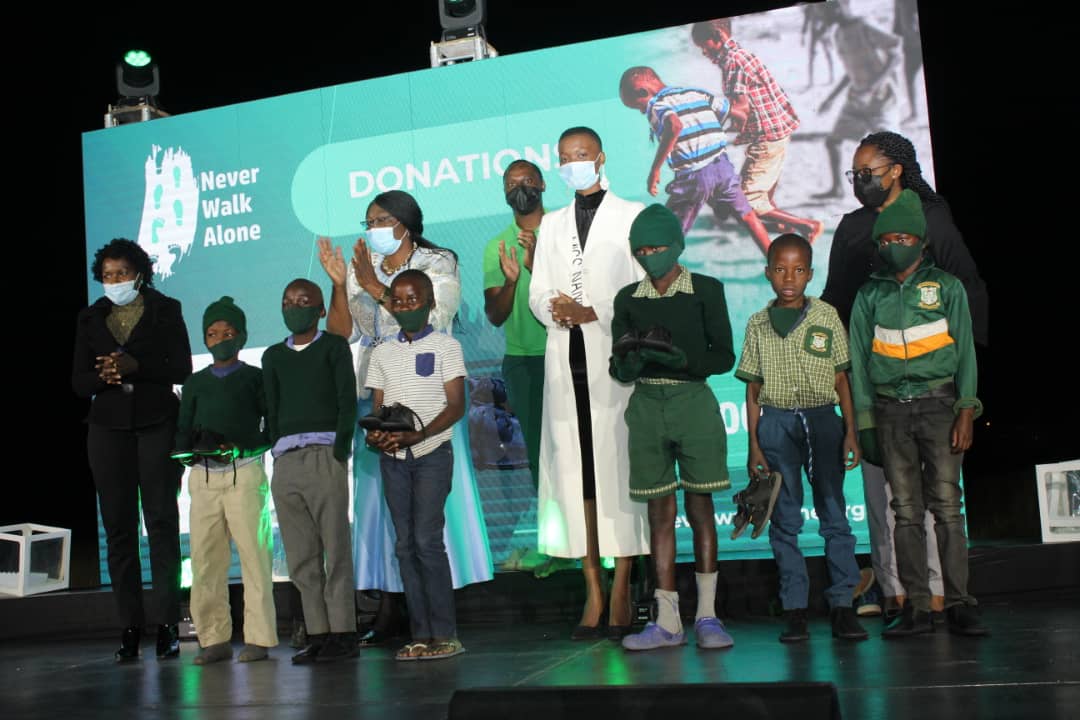 Some Namibian children have to tackle the challenge of walking long distances to and from school in all weather conditions barefoot because of the inability of parents or guardians to provide shoes.

Because of this, Tim Ekandjo founded a project ‘Never Walk Alone’ aimed at providing shoes to barefoot Namibian learners who have never owned a pair.

Ekandjo announced this venture at Elim Primary School in Khomasdal, adding that the project is doing well as it has already raked in more than N$1 million.

“Project Never Walk Alone was inspired by the Namibian child who we have forgotten, who walk barefoot every day and who has never owned a pair of shoes in their lifetime. The purpose of this project will, therefore, be able to raise an amount of N$2 million per annum over the next five years to provide at least 6 000 children with brand new shoes across the country,” shared Ekandjo.

He said this is a Namibian project that will closely work with all the regions, education directors, mayors, school principals and other affiliated stakeholders.

He added: “How this project came about is my team and I were driving to Opuwo and along the way, we saw kids walking barefoot, it was extremely cold that I had to put the temperature in the car at 30°C.” He said it is common sense and there is no need to motivate why such a project exists.

The project is registered as a non-profit making organisation and aims to raise funds for barefooted children in Namibia.

“This project is managed by a passionate young board of directors and passionate CEO who believes in the vision and a group of volunteers. We have also signed an MoU with Shilongo Leatherworks who have agreed to give us a 30% discount, meaning they will be producing these shoes at a loss and that is their contribution to the project,” detailed Ekandjo.

“This goes to show that we can do more when we stand together. I call on those who have more to share their resources with less privileged Namibians because that is how we can build this country,” stated First Lady Monica Geingos.

While the Ekandjo family pledged N$500 000 over the next five years, which translates to N$100 000 per annum, other institutions and individuals have jumped on the bandwagon and that includes CSS Tactical Solutions, NDTC and Development Bank of Namibia all pledging N$100 000 each.

‘You’ll Never Walk Alone’ is the anthem of popular English football club Liverpool who has a massive following in Namibia.

The song was made famous by Gerry and the Pacemakers before Liverpool and other European football clubs adopted it.