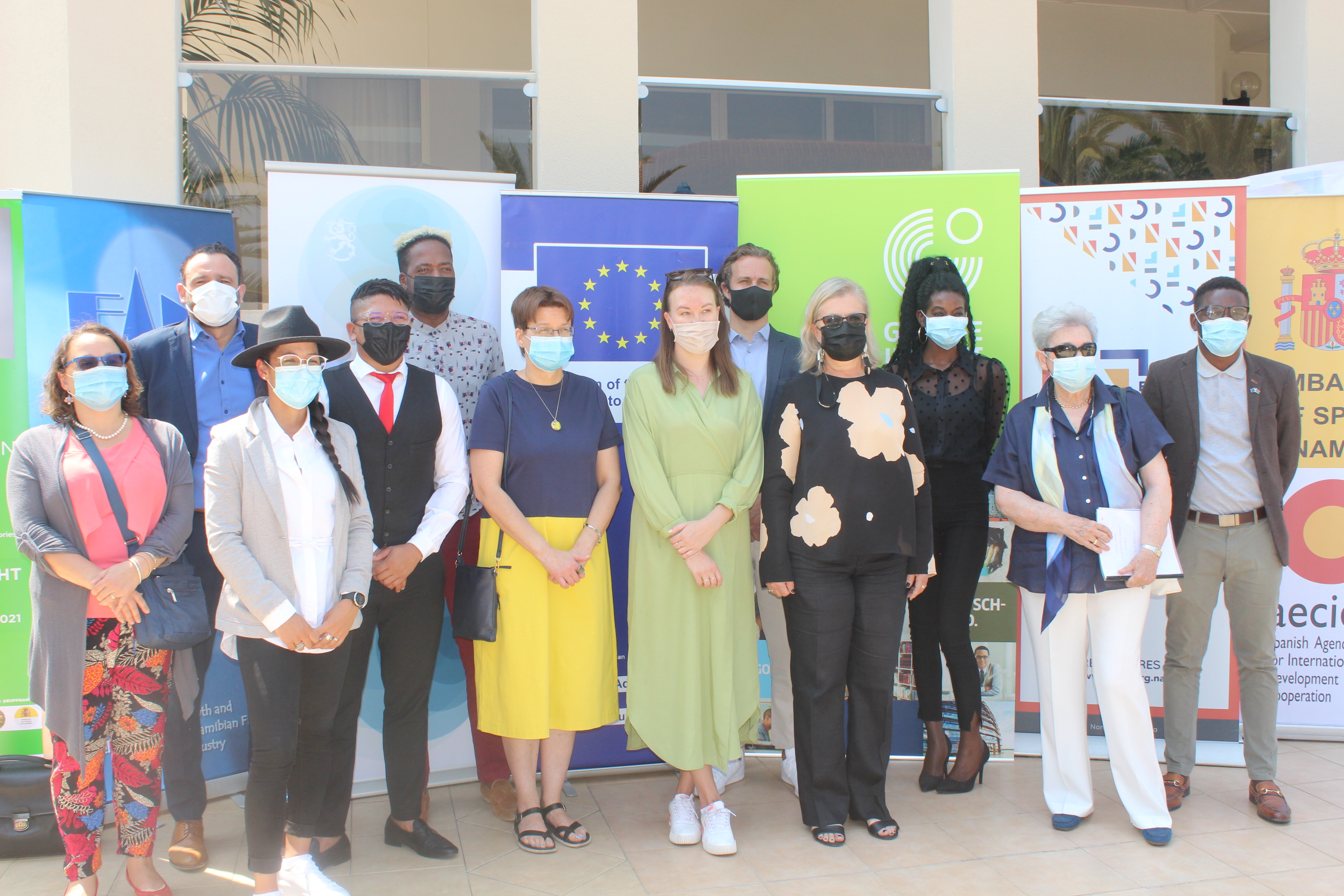 Locally-produced films ‘Kukuri’, ‘Kapana’ and ‘The White Line’ are among several flicks to be screened during the European Union (EU) Film Festival over a period of two months, starting Wednesday.

The festival will be hosted under the theme ‘Life is about laughter, sadness, joy, wonders and timeless stories’.

It will showcase nine award-winning films (six European and three Namibian) every Wednesday from 6 October 2021 until 1 December 2021 at the Opera House at The Village along Liliencron Street, Eros in Windhoek. Entrance is free.

The Delegation of the European Union in Namibia and its member states in collaboration with the local film industry launched the festival last week.

It is the fourth time the EU-Namibia team is hosting the prestigious film festival, this time around responding to the new Covid-19 realities and organising the screenings both live and online.

The chairperson of the Filmmakers Association of Namibia, Caillin Basson said the film industry is important.

“We can strengthen the Namibian film industry by recognising that film is not only an art form, but also a huge economic contributor to the gross domestic product (GDP) of the country,” she said during the launch.

Sinikka Antila, EU ambassador to Namibia, said the objectives of the film festival include raising interest, awareness and educating local audiences about European and Namibian films, as well as strengthening cooperation and communication between the EU and Namibian public and local partners.

“The festival is a result of good cooperation with local stakeholders and strengthening their capacity through workshops targeting upcoming and existing filmmakers,” she noted.

Meanwhile, a beginners’ training workshop on how to make videos with cell phones took place in mid-September at Oshakati in partnership with UNAM.

Two more training courses are on the cards, for which the EU has worked closely with the Namibia Film Commission and the Filmmakers Association of Namibia to identify the training needs and gaps within the film industry, and they have tailored an advanced course to suit the prevailing needs. The main identified need is scriptwriting, of which a four-day master class is scheduled from 11 to 14 October, targeting scriptwriters, directors and producers.