Home / Every organisation is capable of any kinds of evil imaginable

Every organisation is capable of any kinds of evil imaginable 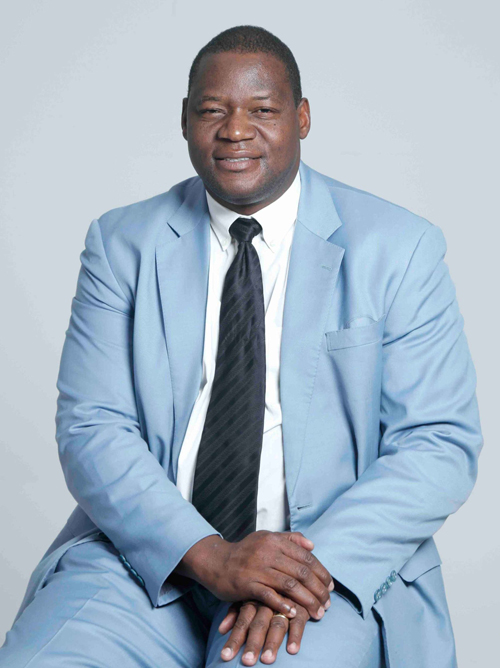 Every human being is capable of the highest level of piety, and goodness, but at the same time also capable of any kind of evil imaginable. Capable of pervasive self-interest, hatred, cut-throat competition, greed, and selfishness but also capable of virtue and goodness.
Two happenings during the month of January 2021 kept me thinking about the nature of human beings, which include business, political and organisation leaders. The first incident was on 6 January 2021 when, much to the bewilderment of the world, an indescribable incident happened on the soil of the United States of America (USA).

Rioters stormed the most respected institution, and process, in the USA, namely, the Capitol building in Washington DC on the day Congress was meeting to confirm a president-elect. Agonisingly, lawmakers were forced to take shelter, the building was put into lockdown and six people died in the chaos that followed a seemingly pro-Trump rally.

The second incident that kept me thinking relates to the strike by the employees of Shoprite Namibia Group of Companies, that reached boiling point on 15 January 2021. On that day, the situation got out of hand and the Namibian Police’s much-feared Special Field Forces had to be called in to maintain order. The police used rubber bullets to disperse the crowd, resulting in bloodied scenes. What could be the lessons from these two events?

Cable News Television Networks had a field day attempting to make sense of what was unfolding in Washington DC, USA, on 06 January 2021. Numerous analysts and erudite scholars tried hard in describing and explaining how the unfolding situation could ever occur in America, and not in some other “Third World” country.

Many analysts tried to explain consolingly by suggesting that “strong and functional political institutions” have apparently saved the USA from chaos on that day. Weak political institutions, a veiled reference to African institutions and systems, would, apparently, not have survived. Some offered explanations by defaulting to the constant Africa bashing, suggesting that President Trump, who seemingly supported the rioters, is an “American African President”, which of course is an insult to all Pan-Africanists.

With a doubt, views such as these are classic self-comforting and solace-finding intimations in a somewhat embarrassing situation. In view of the ugly images and scenes, what came to the fore that day is that the United States of America is just like any other country in the world, capable of exhibiting the highest forms of hooliganism and evil imaginable.

Thus, any human being, institution or nation is capable of the highest level of piety (goodness) but at the same time also capable of any kind of evil imaginable on the face of the earth. Inherent in all human beings from all nationalities, colour or creed are inclinations to do both evil and good. Therefore, let all people across the world perform all their actions in a spirit of humility, remembering that they are but fragile human beings who are habitually unreliable.

The conglomerate Shoprite can be a perfect embodiment of a private sector company operating in a typical capitalist system. In the words of Herbert Jauch, writing in the New Era newspaper of 19 January 2021, Shoprite epitomises the “uncontrolled rule of corporate power”. In one of Namibia’s long-running strike, the Shoprite Namibia strike lasted almost a month long. Shoprite employees have participated in a countrywide strike, demanding better wages and benefits, such as transport, housing allowances and medical aid benefits, since 23 December 2020. The strike ended on 23 January 2021.

Negotiations with company management reached a deadlock after the matter was taken to the office of the Labour Commissioner in December 2020. On 8 January 2021, the labour court in Windhoek interdicted Shoprite not to hire seasonal staff or “fixed-term” employees to perform, in whole or in part, the work of the employees who embarked on a strike as from 23 December 2020 onwards for the duration of the strike. After the Court ruling, the workers of Shoprite Namibia, which includes Shoprite, Usave and Checkers, continued with the demonstration until their demands were to be met. However, Shoprite was not perturbed. Lawyers for the employees’ union, the Namibia Food and Allied Workers Union (Nafau), proceeded with compiling a case of contempt of court against Shoprite Namibia for failure to comply with the court order. So bad was the situation.

If what has been described above about Shoprite Group of Companies, as Africa’s largest consumer retailer group of companies, were in a public enterprise, it should have been considered as routine and characteristic. One often hears the insinuations that the private sector is “efficient”, “effective” and good. To the contrary, public sector enterprises are said to be the “demons”, “bad”, “inefficient”, in summary, the bad boys. Remarks that public enterprises should be given to the private sector, that purportedly are efficient, are everyday expressions. But what did the Shoprite Namibia debacle demonstrate? Perhaps, that each house has its “angels” and “demons”.

In this case, that Shoprite Namibia might have excellent financial results but seemingly bad legal, compliance and ethical behaviour practices. In view of an almost one-month unresolved strike, Shoprite Namibia might not, perhaps, be an exemplary and good ethical citizen as ordinarily assumed. Along these lines, the habitual generalisations and stereotyping might not good practices.

For instance, both the Namibian private and public sectors have their good and ugly sides. What might be advisable is to accentuate that which is good in someone, or something, and reduce or eliminate that which is bad. Shoprite Namibia might just have shown the bad side of the private sector, such as seemingly exploitative labour practices and unquenchable pursuit of wealth maximisation at all costs and against any law.

Thus, the purported profit and efficiency claims in some private sector companies might come at the expense of something, or someone. It appears that Shoprite Namibia might achieve their multi-billion profits at the expense of societal well-being and fair labour practices. On the contrary, the perpetual loss scenarios in some public sector enterprises might come against the costs of the pursuit of better socio-economic conditions (better salaries and benefits) but, sadly, at the expense of financial performance and profits.