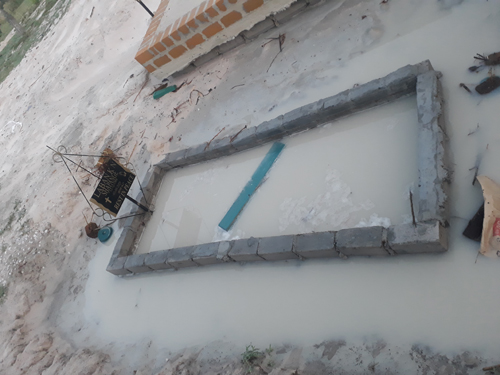 ONGWEDIVA – The family of Covid-19 victim Laban Shapange has appealed to the authorities to have his body exhumed from the Oniipa old cemetery for reburial at his home village of Ondobe in Ohangwena region.
The loved ones are dissatisfied with the manner in which the late Omusati education director was buried and have now turned to the health ministry to grant them their wish.

Shapange succumbed to Covid-19 complications in September last year in Onandjokwe hospital. His remains were buried within 72 hours in line with the government’s Covid-19 burial protocols at the time.
“The family and relatives of Laban Shapange want his body back to his ancestral place, Ondobe.

The ministry must permit the family to remove Laban from the floodplain called Oniipa old cemetery and take him somewhere where his soul will rest in peace,” the family told New Era.
The family expressed dismay with the manner in which his burial was conducted, claiming he had tested negative for Covid-19 prior to his death.

His eldest son Jeffrey Shapange said it is disheartening to hear their father’s death was classified as Covid-19 despite him having tested negative.
He said the family pleaded several times with the ministry to allow them to bury their father at his home village, however, the ministry did not heed their calls.

“We do not know why they had to bury him in the manner in which they did; we pleaded with them several times verbally to bury him at home, but our pleas fell on deaf ears,” said Jeffrey.
He added his father’s grave has now been flooded and caved in following rain in the area.

According to the son, the family has also been pleading with the authorities to fence off the grave, but that too has not been entertained. With the grave now being flooded, the family wants to exhume his body and bury him in Ondobe from where he hails. The family has given the health ministry an ultimatum of 14 working days to work on the grave.

The son also argued there was no point in keeping their father’s remains where he is buried because they cannot even erect a tombstone because of the condition of the gravesite, further suggesting there is a dam near the burial site.
Jeffrey said the health ministry had informed the family that they could erect a tombstone after six months, but he maintained that the tombstone would collapse given the nature of the grave.

“How do we put up a tombstone in a flooded area? It is obvious that the tombstone will definitely collapse. We want the ministry to give us the clearance to remove our father.”

Attempts to reach health ministry executive director Ben Nangombe proved futile, despite queries directed to his office on Tuesday this week. Health minister Dr Kalumbi Shangula could also not be reached for comment yesterday.
According to the latest amended public health general regulations for Covid-19, persons who succumb to the pandemic are buried within seven days.

Covid-19 burials are strictly conducted by health officials in conjunction with the families and in line with requirements for effective infection control and prevention in order to reduce the risk of transmission of infection.
Unless cremated, the current regulations are that bodies should be buried closest to where the death occurred, so families are left with no option but to allow state burials under the Covid-19 regulations.
– nashipala@nepc.com.na