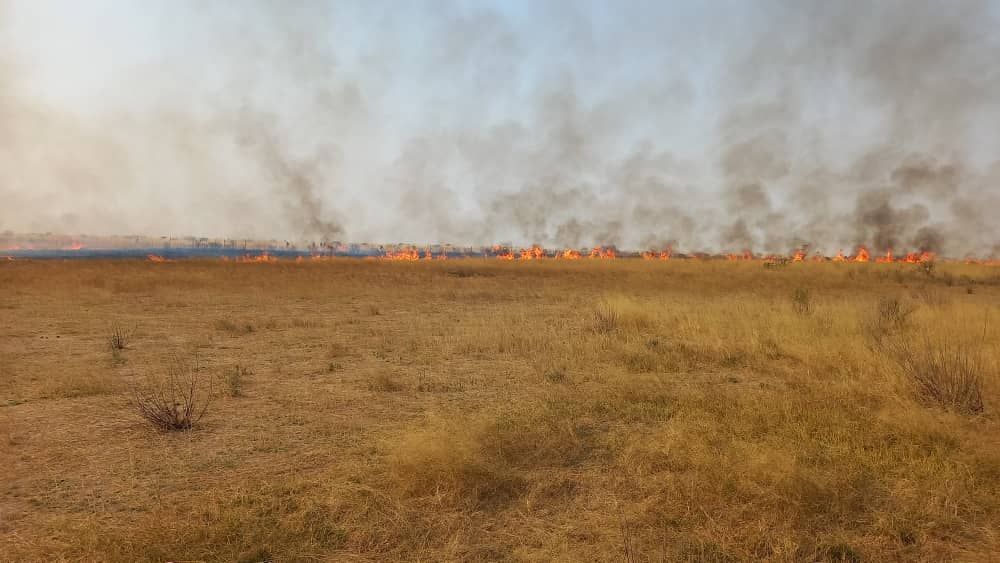 A fire, which raged for four days in the Uuvudhiya constituency of the Oshana region, destroying thousands of hectares of grazing and claimed the life of an elderly man, was finally brought under control.

In an interview yesterday, Uuvudhiya councillor Timoteus Shivute said they feared the fire posed a threat to people and animals in the area.

“The man who succumbed was the main cause of the fire when he was trying to clean and burn the nearby grass,” he explained.

Shivute said the victim was with his wife, who was a bit far from him and could not help when she saw the fire spreading.

“Although thousands of hectares of grazing had been destroyed at Alusaati, Ondulu nomongwa and Oponona, we did well,” he said.

“We managed to prevent our environment from being completely destroyed by the fire, and we again saved our livestock, the source of our economy,” Shivute emphasised.

The councillor said the fire was extinguished after serious efforts on the part of members of the community and officials from the ministry of forestry.