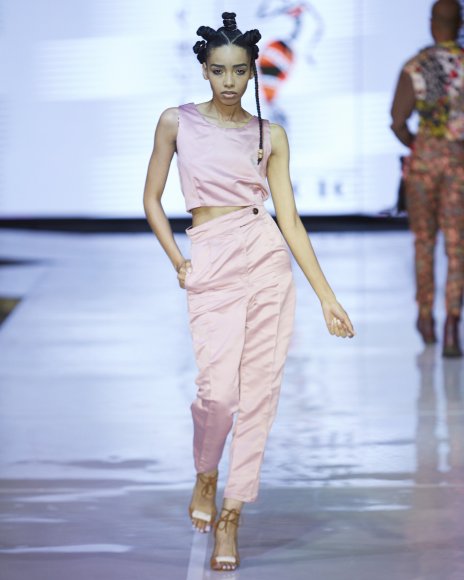 The sixth edition of the MTC Windhoek Fashion Week tells a strong story of explosive growth in the fashion industry, exclusive homegrown designer brands as well as the emergence of ‘Made in Namibia’ as a force.

One of the biggest fashion events in the country that ended last week highlighted the maturity and commercial potential of the Namibian fashion sector through the growth in quality and clout of homegrown brands and talents.

‘Made in Namibia’ was the defining theme for this year’s edition, which speaks to the need to support local products and talent.

Speaking to VIBEZ!, events director Kalistu Mukoroli said the event continues to push forward, with much of its momentum resting on emerging and independent designers and models who continue to make strides on the local fashion scene.

“Last year, we celebrated five years of Namibian fashion week – and then we said, because we have created or contributed to it, this year, we needed to celebrate Namibia, hence the theme ‘Made in Namibia’ – and it’s probably a theme that we will keep on carrying thoroughly,” he added.

Showcasing his work for the first time at the MWFW, designer Oiva Hamunjela said he loved having the opportunity to market his business and working with other designers and models.

“I am thankful for the opportunity, and I can’t wait to show the world what Namibia has got made of,” he said.

MWFW has over the years grown to become a leading exhibition of fashion, strengthening the country’s position as a hub of fashion innovation.

“Six years later, we have accomplished and contributed to the growth of the industry. People are now seeing a need to talk about fashion as a sector, as well as seeing a need to buy locally-made items,” said Mukoroli.

Mukoroli confidently said the Namibian fashion industry has reached a point where denying it is practically impossible.

“It has been a beautiful journey from where we started to where we are right now. This year, we have gotten recognition from international media – and I believe it is safe to say we have received the same mileage as New York fashion week,” he told VIBEZ! Last year, the event also got an extra boost of N$3.6 million from MTC for three years, which has also helped take the sector to a whole new level.

“Partnering with MTC has been one of our greatest achievements. We have also accomplished a lot over the years, including exposing the work of our local designers and models. Some, if not many of them, have been scouted internationally. Skills development has been one of our focuses as well – from models, designers to interns and so forth,” he added.

Their inventiveness could be seen in many elaborate stagings, as designers and models pushed their dreams further on the runway.

The MTC Windhoek Fashion Week ran from 2 to 7 November 2021, which included more than 50 shows on its official calendar, alongside a multitude of off-calendar and related events.

The headline sponsor also announced the establishment of Bluetick, an online store exclusively for Namibian designers.