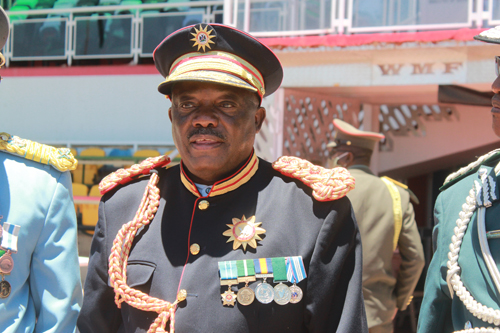 There was a 15% drop in road fatalities over the just-ended festive season, compared to the year before, while crashes also went down by 14%.
Fewer injuries related to car accidents were also reported during the period under review, starting 20 November 2020 until 15 January 2021.
Injuries also dropped by 15%. In a report released Friday, the police said 84 fatalities were reported this time around, compared to 99 road deaths in the previous period. Road crashes also fell to 471 from 550 reported in the corresponding period. The number of injuries also dropped to 866, compared to 1 013 reported during the previous period.

Police chief Sebastian Ndeitunga attributed most traffic accidents during the festive season to reckless and negligent driving, over speeding, the use of cell phones while driving and driving under the influence of alcohol.

“Another contributory factor could be roads’ conditions, especially wet roads, as well as potholes due to heavy rain,” explained Ndeitunga. Most accidents were reported in Khomas (102), followed by Oshana region with 64.
“In terms of fatalities, Otjozondjupa region recorded the highest with 18, emanating from 54 accidents recorded,” said Ndeitunga. The police chief also shared statistics compiled as part of the HokaNam joint operation.

“The operation is still ongoing, and criminals should be reminded the police will never get tired of chasing after them. Comparing the two seasons 2019/2020 to 2020/2021, the crime figures depict a decrease of 13%, which is 178 cases, while the number of suspects arrested decreased by 18%,” he said.