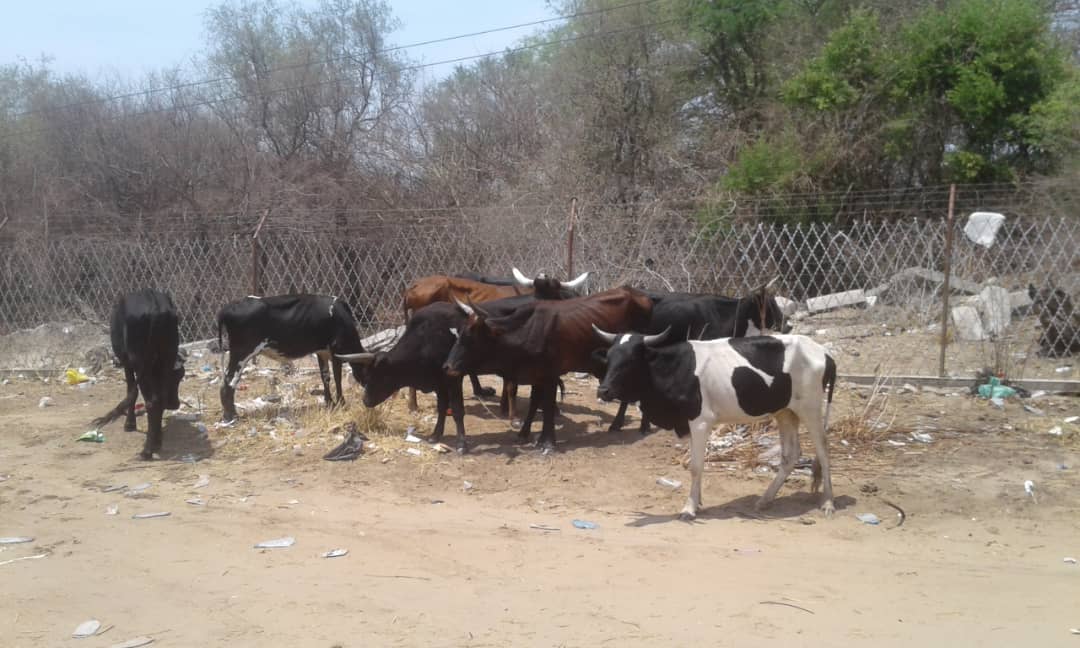 The Foot and Mouth Disease (FMD), which was recently detected in some parts of the Zambezi region, is fast spreading to other areas.

The highly infectious disease that was detected on 27 May and confirmed by the central veterinary laboratory on 3 June 2021 in the FMD infected zone at Kasenu village, in the Kabbe South constituency of Zambezi region, has spread to four other crush pens of villages in the same constituency, namely: Luhonono, Namiyundu, Ikaba and Nankutwe, infecting 795 cattle in total.

Giving an update on the outbreak, chief veterinary officer Dr Albertina Shilongo on Friday said the source of the FMD infection is suspected to either be due to the contact of cattle with free-roaming buffaloes in the area or smuggling of infected cattle from neighbouring countries.

“However, the investigation to ascertain the source of infection is ongoing. The spread of the disease to other villages is due to the movement of livestock to areas in the floodplain in search of better grazing,” Shilongo said.

Shilongo confirmed emergency vaccination of cattle against FMD has commenced in high-risk areas and it is progressing well.

Therefore, farmers are urged to continue bringing their cattle for vaccination.

In line with the law, Kabbe South constituency has been declared an FMD-infected area and the entire Zambezi region is declared a disease management area (DMA).

She announced some control measures to be instituted and will be in force for the next 14 days.

These measures include intensive FMD surveillance, aimed at establishing the extent of the outbreak.

After 14 days, the control measures will be reviewed and the public will be notified accordingly.

Movement restriction or ban of all cloven-hoofed animals out, in and through the DMA – and all previously issued permits into and out of such areas – are cancelled and recalled.

Cloven-hoofed animals are animals such as cattle, sheep, goats, pigs and some wild animals.

Shilongo directed the movement restriction of potentially infectious commodities out, within and through the DMA, such as raw meat, raw milk, hides, skins, game trophies and grass and plant materials, except potted plants.

The other is the slaughtering of cloven-hoofed animals at local markets, which also has been suspended.

Intake of cattle into the quarantine has also been suspended.

Other measures include a number of roadblocks and patrol teams strategically placed around the DMA and members of the public are urged to cooperate with veterinary and police officials fully.

The activities, that are still allowed include slaughtering of cloven-hoofed animals for consumption and social events such as funerals and weddings within a community. However, the meat or any raw product from the slaughtered animal is not allowed to be moved out of such a community or village.

Movement of raw meat and livestock feed into the DMA is allowed, provided that sufficient evidence is given as proof that such product was obtained or sourced outside the DMA.

Such outbreaks resulted in the suspension of importation and in-transit movement of live cloven-hoofed animals and their raw products as well as live poultry and poultry raw products from South Africa since January 2019 when FMD was detected, and HPAI in May 2021.

She said the South African authority has in June reported that outbreaks of the two diseases have not yet been resolved.

“The recent update from the South African Veterinary Authority indicates a continuous spread of FMD within its former FMD-free zone, as the disease has spread to 11 other locations in the Kwazulu Natal Province since May 2021.

“Similarly, the HPAI infection continues to spread, as a total of 33 new outbreaks were reported across Gauteng, North West, Mpumalanga, Free State, Kwazulu Natal and Eastern Cape provinces since April 2021,” she said.

However, Namibia continues to allow the importation or in-transit raw products (derived from cloven-hoofed animals and poultry) that are transiting through South Africa, originating from countries or zones free of FMD, and HPAI-free countries or compartments.