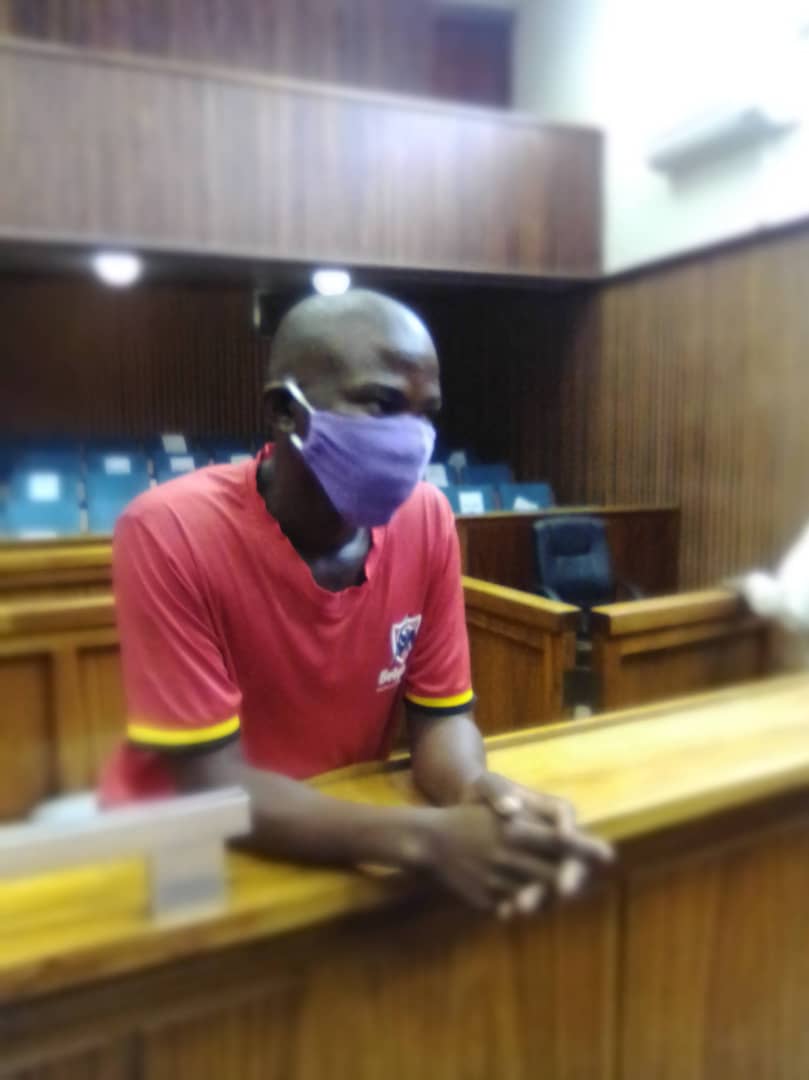 A Gobabis man, who bashed his ten-month-old son to death, has been found guilty of murder with direct intent in the Windhoek High Court yesterday.
Judge Christie Liebenberg convicted the 29-year-old Dawid Nowaseb for the gruesome death, which rocked the Omaheke town on 19 October 2018.

Nowaseb had admitted he caused the death of the infant but denied intent to murder.
The judge found Nowaseb had the required intention to kill his infant son, August Geinamseb, when he threw him to the ground in anger. In a plea explanation read into the record by his legal aid lawyer Eliaser Shiikwa, the accused said he and the child’s mother, Erna Geinamses, had an argument when she allegedly threw sand in his face and physically accosted him while he had the baby on his shoulders.
He went on to say she also yelled that he wants to kill her, prompting her family members to become aggressive towards him.

As he was afraid of being beaten up, he walked away from the house with the baby still on his shoulders, the court heard.
“I realised that my ex-girlfriend’s relatives were following me. We had a confrontation – and out of anger, I intentionally threw the deceased on the ground, injuring his head before I left the scene to my brother’s house, where I went to sleep.”

Judge Liebenberg said the extent of the damages to the infant’s skull demonstrates that substantial and excessive force must have been used.  This, he said, flies directly in the face of the accused’s version that he held the infant in a cradling position in his arms and only dropped him to the ground.

According to the judge, corroborating evidence was adduced by the State that he hoisted the child above his shoulders and threw him forcefully to the ground.

Nowaseb also faced a charge of assault with intent to do grievous bodily harm and one charge of common assault both, read with the provisions of the Combating of Domestic Violence Act, to which he pleaded not guilty.
He also pleaded guilty to a charge of escape from lawful custody, which the State accepted.

With regards to the assault charges, judge Liebenberg found that the complainant, Geinamses, was a credible and truthful witness.  He said he believed her when she said Nowaseb assaulted her.

He convicted Nowaseb on those charges and the charge of escape from lawful custody on his admission.
In mitigation, Shiikwa asked the court to impose a sentence of 28 years on the murder conviction and 24 months on the assault convictions to run concurrently with the murder sentence.

He further asked the court to impose a sentence of three years on the escape count.
Joseph Andreas, for prosecution, told the court the merciless act was committed against a defenceless child by his father, who was supposed to protect him.

“The pain and agony he felt must have been unbearable and unimaginable,” he said.
Andreas asked the court to sentence Nowaseb to a lengthy-term of imprisonment, alternatively life imprisonment.
He also asked that the sentences imposed on the assault convictions run concurrently with the murder sentence and further for a three-year sentence on the escape conviction to run consecutively with the other sentences.
Judge Liebenberg indicated he will deliver the sentence on 1 March.
- rrouth@nepc.com.na