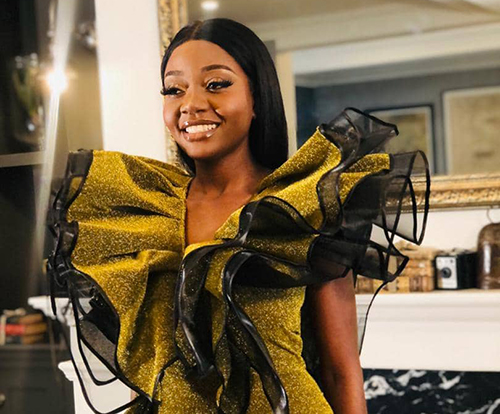 Rosvitha Peingeombili Reinhold is a budding RnB and soul artist with a deep love for music, which was nurtured by her mother.

Rosvida, as she is known, is certainly one to keep an eye on in the approaching festive season, as she has been exploring the gospel genre.

She recently aroused interest with a soul-stirring gospel video, titled ‘All My Life (Efindano)’, and her recent signing with Efdee Music Productions might just catapult her to the top of her musical game.

“Efindano means faith and hope, and I believe people can connect with it. Putting my faith and trust in God was the best decision I have ever made, and I’d like to see more people do the same,” she told VIBEZ!

The music video aims to ignite and speak to the resilience of the human spirit, and it carries an assured victory message found in the fragmentation of followers of Christ.

Dubbed the Rebecca Malope of her generation, Rosvida’s mission is to bring hope to the hopeless at dusk and dawn.

Born in Windhoek in the early 1990s, Rosvida began singing when she was only eight years old.

Her inspiration for music comes from her mother, a magnificent singer, and a brother, who followed their mother’s footsteps. It was, thus, unavoidable for her to stray from that path.

When Rosvida told VIBEZ! “God bless; God bless all of you – nothing in creation will ever be able to separate us from the love of God”, it was clear she’s already spreading the gospel.

“Believe in yourself, face your fears, be true to yourself – and most importantly, enjoy every moment,” she advised fellow upcoming artists.