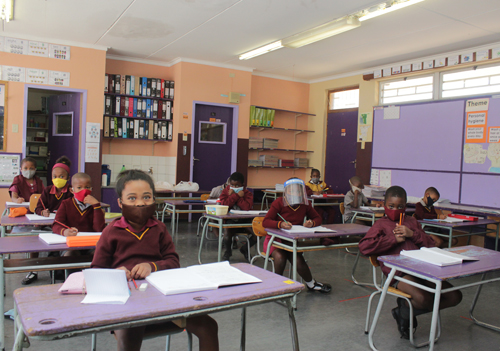 Schools will open in January for the new academic year, but not next week as initially planned, the ministry of education announced yesterday.
Schools will now open on 26 January, as fears grow over the safety of both learners and teachers due to the prevailing second wave of Covid-19 infections.

Teachers will, however, report for duty on 16 January and no longer this Wednesday as planned. The ministry yesterday said it has consulted widely, including the Presidency, health and Office of the Prime Minister as well as the Namibia National Teachers Union (Nantu) and the National Advisory Committee on Education on the delayed opening.

“As per Formal Education Circular 7 of 2020, school management will be expected to evaluate their preparedness for the return of all learners on the proposed dates,” the ministry said in a statement.

“Schools must meet the key conditions that are mandatory pre-requisites for re-opening of schools. Also, schools are expected to communicate to the parents as to what teaching and learning mode they will make use of, either platooning, time-based cohorts, distributed groups or a combination of these, in the implementation of
the curriculum.”

The ministry has also announced that parents are responsible for nsuring that each learner is provided with a facemask upon the opening of the new academic year.
In an interview with New Era yesterday, Steenkamp said the ministry set a compliance list last year, which guided schools following the Covid-19 outbreak.

She said schools have over the period acted swiftly to manage possible positive cases of Covid-19. “The 2021 academic year might be a complex one, we are still in the storm and should be vigilant. But schools will re-open. Last year, we availed the facemasks for learners but this year it is the total responsibility of the parents to ensure that their children have the masks,” she said.
Steenkamp added they are in contact with regional directors to determine which schools might require assistance so that the ministry can come to their aid.

She, however, added most schools are ready for opening despite the obvious psychological effects and the new variant.
Meanwhile, secretary general of the Teachers Union of Namibia (TUN) Mahongora Kavihuha has criticised the education authorities, claiming there was currently no proper guidelines to be followed when schools open for the new academic year.
“It is completely hypocritical, insensitive and inhumane that the ministry of education decided they will stick to a decision that was taken at a time when the situation on the ground was improving,” said
Kavihuha.

“We need to critically engage this week and analyse the situation and come up with the best way to handle the situation at hand. I believe for the next two weeks we will have the direction because the second wave is already with us.”
According to Kavihuha, 20 education personnel have lost their lives due to Covid-19 and it is important that there is proper engagement to ensure the safety of the teachers and learners without compromising on
the learners’ education.
As at yesterday, Namibia has recorded 3 998 active cases of Covid-19 and 218 deaths related to the pandemic.
– mamakali@nepc.com.na