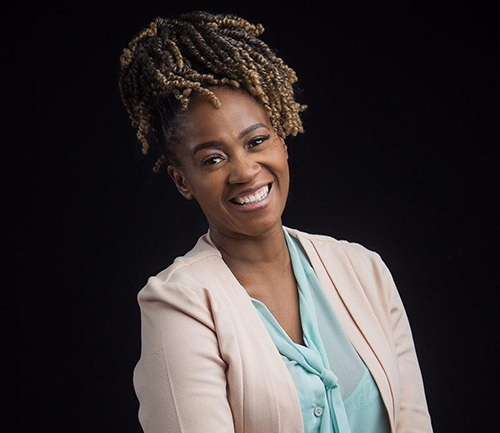 Actor Hazel Hinda has scooped the best actress award for her role as Moira in locally- produced film ‘Hairareb’ at the International Pan-African Film Festival (FIFP) in Cannes, France this week.

The film also received a second win in the “Special Mention from the Jury for Feature Length Fiction” category, and had the distinct honour of opening the festival on 19 October 2021.

FIFP exhibits cinema and its professions, arts and entrepreneurship, as well as innovation, culture and events.

“I am yet to wrap my head around what it means. The platform has been there for quite a while; it is astonishing. I am overjoyed and very humbled at how big this platform is,” Hinda told VIBEZ!

The multitalented Hinda added: “Hairareb is something I grew up with. I used to listen to it on Khoe-Khoegowab radio, which is now Kaisames. It was a radio drama, and I was amazed when I heard there are auditions because it was those types of plays one would listen to at the farm”.

She admitted it was difficult to step into that role, but she made it work with the help of her cast members.

“When a cast is made up of people who want the best out of others – that, put together, makes the story. It was never just me; it was the director, and it was that collaboration. It does take a small village to make a film.”

“Having the integrity of the character at heart is what sets you apart. Acting, unless it’s a monologue, is never a stand-alone or solo project. It is never a one-man show; everybody helps you create a character beside your character,” detailed Hinda.

She said: “Acting is reacting. You can only react to what the actor is giving to you – and if they are giving you a genuine expression of the role, you will be able to reciprocate what you are receiving. It’s a gift, and it requires respect for each other’s craft and talent – learning from one another”.

The Oshoveli Shipoh-directed film represents a unique and beautiful portrayal of a truly Namibian story, along with an intimate depiction of its culture, while also presenting themes with universal appeal.

A tribute to Namibian cinematography and storytelling, the story is told through the eyes of one of Namibia’s oldest and most deeply-rooted tribes, capturing love during a time of devastating drought – hence a fitting representation of Namibian cinema for both local and international audiences.

‘Hairareb’ is the first of a series of cultural feature films to be produced by Ndapunikwa Investments for its Namib Cultural Film Project.

“The film was produced on a small budget, and I hope these types of wins encourage the private sector and government to put more emphasis and financial support, because that’s what we need. Filmmaking can’t be done on a small budget; the equipment that you are going to rent or buy is already clocking N$250 000,” Hinda said.
Geographically and population-wise, She added that Namibia is not as big as other countries – but the hearts and creativity, and what it can offer the world, are equally big as any other country.

“What hampers us might be our small mindset mentality that maybe the world out there is too big. That’s what stops us from taking things head-on. We have to challenge ourselves that we are big enough to be on international stages,” said the optimistic Hinda. - psiririka@nepc.com.na