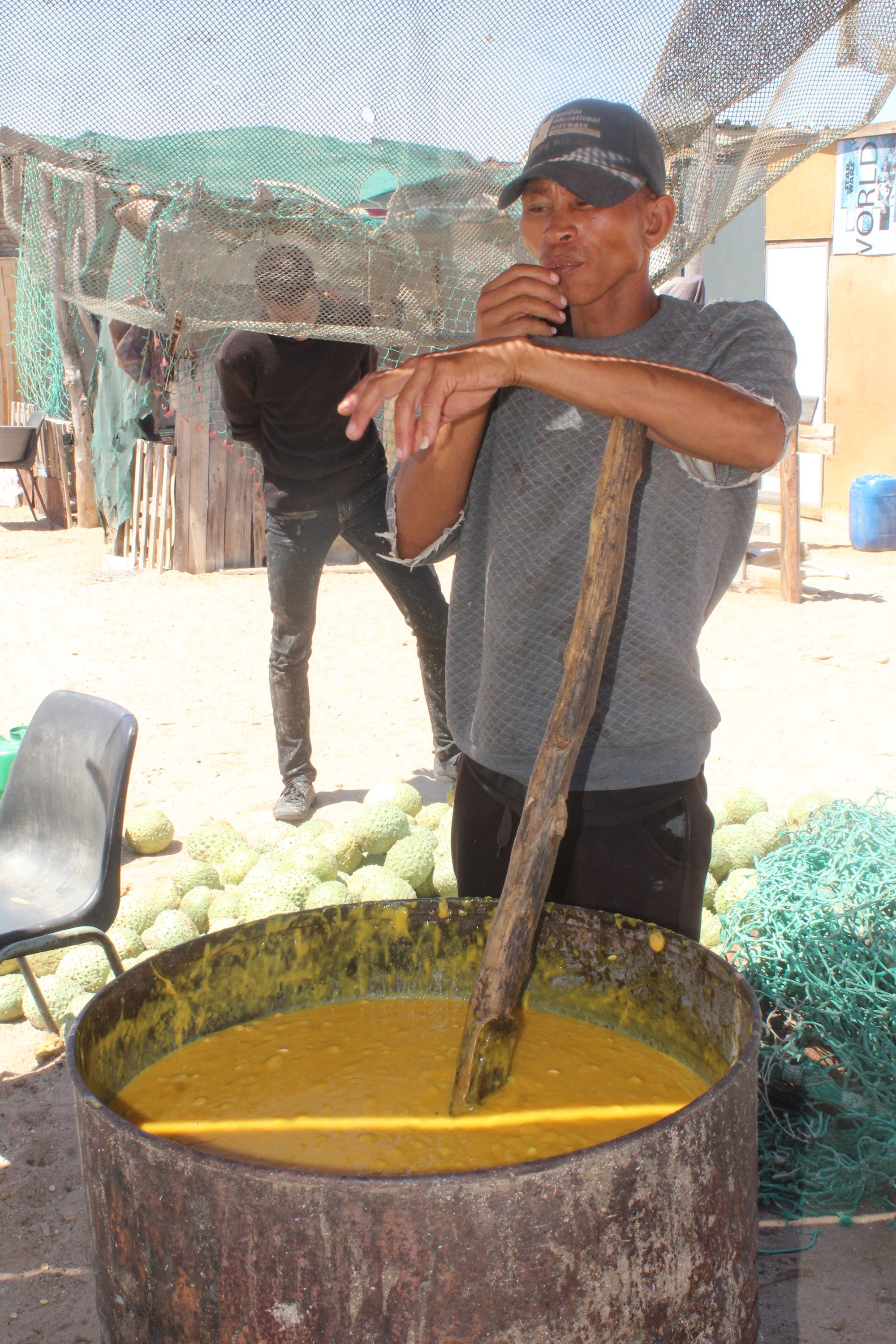 WALVIS BAY – Harvesting and selling of the !Nara melon has been a traditional norm carried on by many generations of the Topnaar community living along the Kuiseb River in the Erongo region.

The !Nara melon has been sustaining many families among the Topnaars, of whom many survive by selling !Naras and small-scale farming.

New Era this week visited the area and caught up with locals, who were busy extracting what they referred to as ‘Topnaar gold’.

The product is later sold in Walvis Bay and
surrounding areas.  One of the local men, Johannes Uirab, who has been living at the settlement since birth, said the process can take about six hours, while drying can take an additional day before the product is ready for the market.

“!Naras are loved not only in Namibia but all over the world,” said Uirab, while stirring the 100-litre drum he cooks the plant in. According to him, they first take an entire day to harvest the !Naras.

“They are usually ripe from November until February. Once we bring them home, we cut them open and remove all the content in a bucket before it is gradually added to the drum to cook,” he explained.

Anna Beukes added they make various products from the !Nara melon. “Some of the melons are nicely ripe that we make can make !Nara milk from its juice. This can be used as juice and can also be used as a basis to make pap with flour,” Beukes said.

She added the pastes are also separated from the seeds and can be eaten once dry. “That, we refer to as Nama chocolate, which is a highly nutritious food source full of vitamins and minerals,” she said.

According to Beukes, the selling of !Naras has been just one of the ways her people sustain themselves throughout the years, especially with the growing number of unemployed youth and the severe drought.

Another member of the Topnaar community Butros Beukes says they can until June sustain themselves with the !Nara they have just processed. He said, on a good day, they can make about N$2 800 from a five litre bucket.

“This is better than being unemployed, especially now that we are facing Covid-19,” he said.

According to him, they had a woman from Swakopmund who would pay them much better, as she uses the melon to make various products by extracting its oil.  “However she hasn’t come back to buy due to Covid-19,” he said. - edeklerk@nepc.com.na