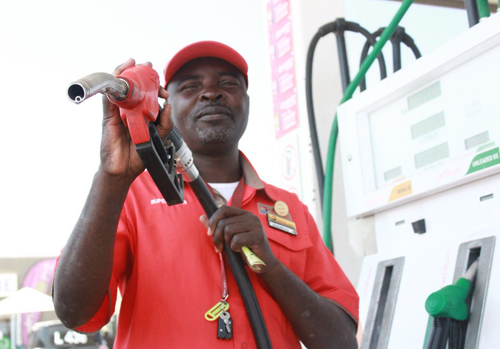 The fuel review committee of the energy ministry decided to keep fuel pump prices for January 2021, unchanged, and to finance the recorded under-recoveries from the national energy fund (NEF).

Ministry spokesperson Andreas Simon said the reason for keeping prices unchanged for the month was not to give financial burden to consumers as their financial strength is affected by the Covid-19 pandemic.

“The ploughing season is upon us and diesel is one of the petroleum products largely used by the agricultural sector. Moreover, our economy is still limping in the Covid-19 climate, thus it is not government’s intention to place an additional burden on consumers,” elaborated Simon.
According to him, the pump prices in Walvis Bay will remain at N$11.38 c/l for diesel and petrol price will remain at N$11.35 c/l. Fuel pump prices countrywide will also remain unchanged.

Furthermore, Simon stated that monthly review exercise is to ensure that fuel pump prices are at all times reflective of the import price in an orderly manner.

“The review can either reveal an under-recovery, indicating that the pump prices are higher than the import prices. Usually, an under-recovery is passed on to the consumers or either financed from NEF,” he stated.
In a review for December 2020, the ministry stated that on a local front, a host of factors influenced fuel pump prices. Namely, the factors that affected the prices were the international prices of refined oil and the exchange rate between the Namibian dollar against the United States dollar.

“During the same period, the exchange rate between the Namibia dollar against the US dollar strengthened. It appreciated, on average, from N$15.50 in November to N$14.92 in December. This appreciation helped keep under-recoveries at an acceptable level,” Simon added.
Owing to the aforementioned factors, the month of December recorded under-recoveries on both petrol and diesel. He revealed that an under-recovery of -25.746 c/l was recorded on petrol while 50ppm diesel recorded an under-recovery of 48.685 c/l.